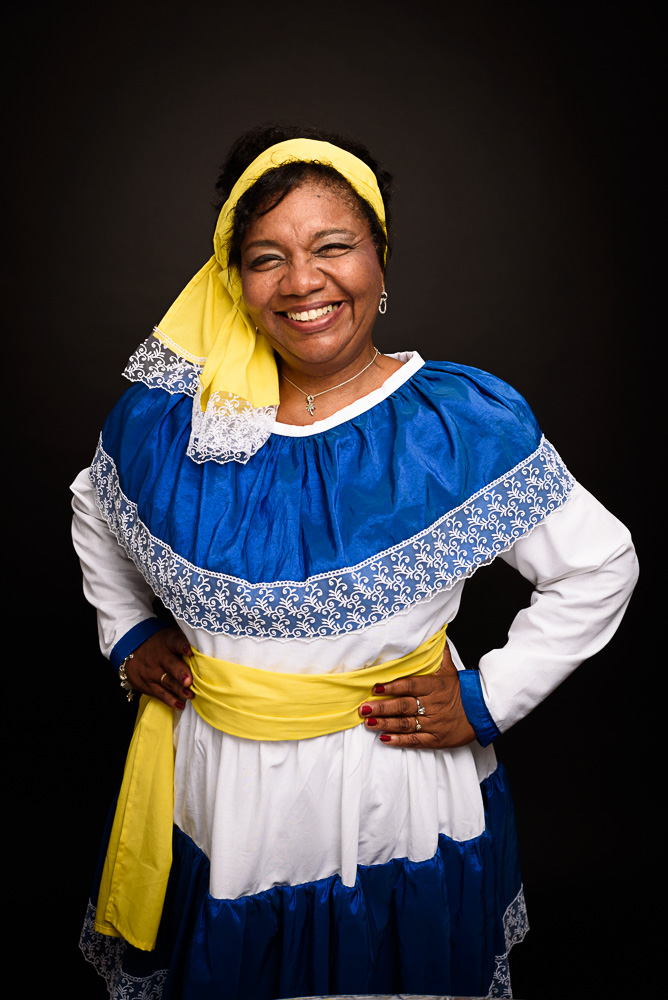 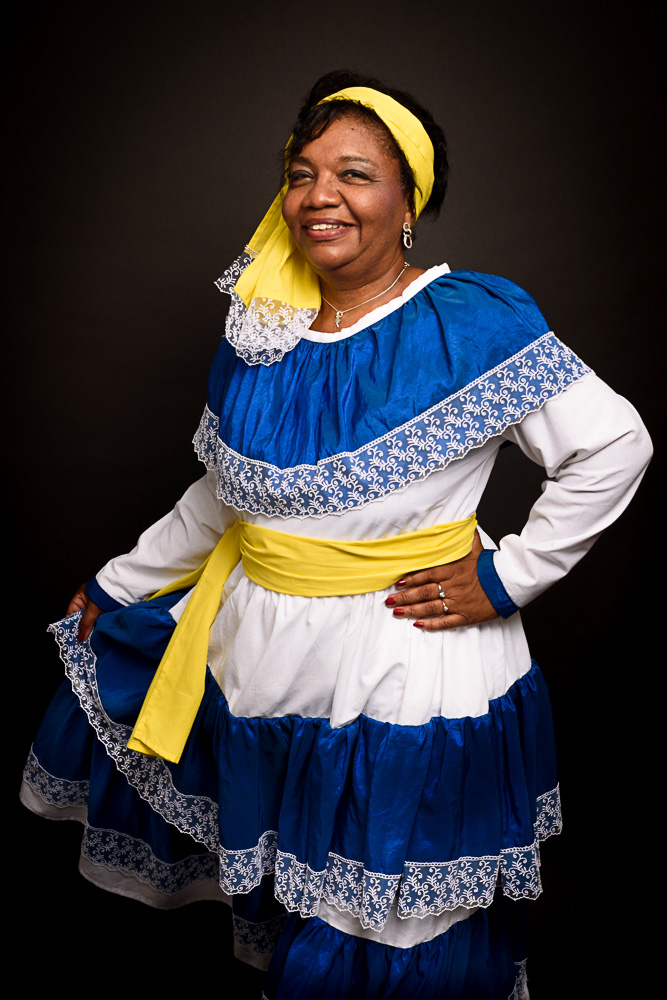 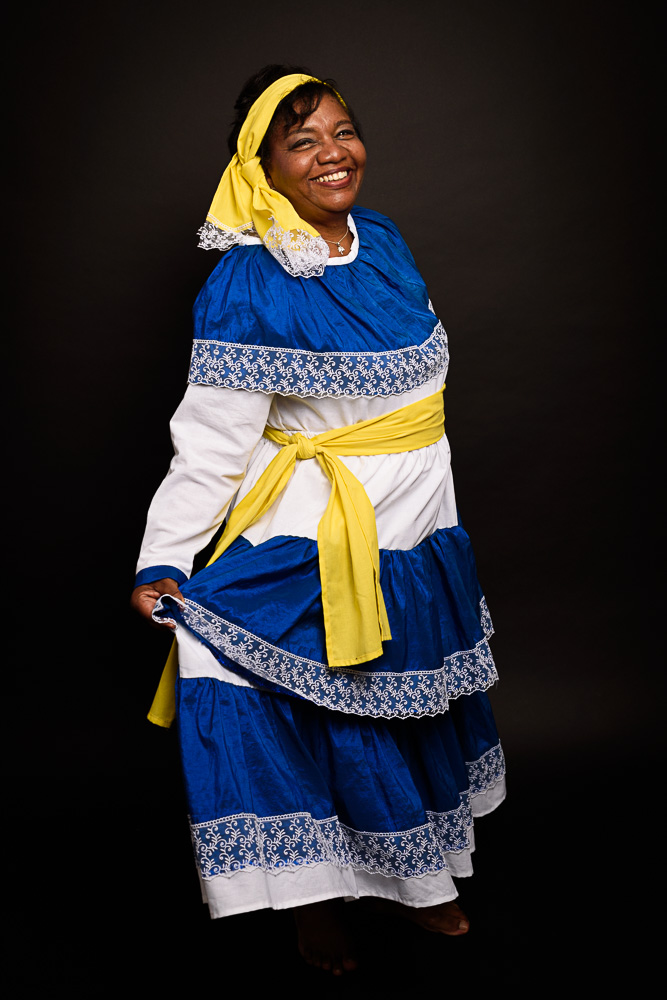 I am Dynaida. I was born in Curaçao in 1963. In 1981 I moved to the Netherlands and in 1982 to Almere where I live in the Oostvaardersbuurt. This is my story.

I was born in my grandparent's house in the fishing village of Westpunt on the northwestern point of Curaçao. The beautiful bays, nature, and tranquility there attract many local as well as international tourists. I remember the smell of the sea in the evening when we were with my grandparents. The whole family was there on weekends and holidays. The women cooked, the nieces and nephews played and the men played dominoes, sang, or chatted. My grandfather also had a kunuku (a plantation) high on the rocks by the sea where he grew vegetables and fruit. We children helped pick corn and beans. I grew up in the Mahuma neighborhood, a few minutes from the airport. It was very impressive to see the planes take off and descend over our house.

I come from a very active family. In the late 1960s and 1970s, we often organized large parties. We had a domino club and did a lot of crocheting, sewing, embroidery, and crafts. There was also a lot of singing and dancing. I sang in a youth church choir founded by my parents and grandparents. Mariachi music was very popular and singing on Sundays with friends of my parents was a regular feature. From an early age, the children learned to dance from the adults. Not only folkloric dances but also merengue, cumbia, and salsa.

I had a fantastic time at school in Curaçao. In those years, the seeds of my love for the English and Spanish languages were sown and I knew then that I wanted to go into language education when I grew up.

In 1981 our family emigrated to the Netherlands. I was 18. It was summer and the Netherlands was beautifully green. We noticed the flowers everywhere and the cows in the meadows. We explored Hilversum and the Gooi by bike, where we lived temporarily. I never got used to the cold winters. In 1982 we moved to Almere-Haven, where one of my brothers already lived. The Center of Almere-Stad was small and Almere-Buiten did not exist then.
I completed my VWO in the Netherlands. The language and integration were not such a problem for me because I also had an education in Dutch in Curaçao. As a further education, I chose a part-time English teacher training course in Amsterdam because I also wanted to work.

In 1983 I volunteered to accompany the invited refugees from El Salvador. The fact that I could speak Spanish turned out to be very useful for the refugees, it was very important to be able to share their emotions and life experiences in their mother tongue. I was allowed to supervise the group for a while as a social worker and I cherish beautiful memories of the many parties, bike rides, and excursions that we completed together. I consider my Salvadoran friends as family.

In 1987 we decided, we decided to continue living in Almere Haven because a task had been fulfilled. In 1993 I started as an English teacher at the only secondary school in Almere Buiten at that time. Until last year I also taught Spanish. It was great that I could combine my work with my other passions, such as singing and dancing, and that I could tell students and colleagues about my culture. I am also very grateful for everything I was able to learn during those years from my colleagues and from the students. Being open to other people's cultures is important in education I think. Faith has also always been important to me and after years of singing in various church choirs in Almere and Bussum, I founded an intercultural choir myself.

I am a proud Curaçao woman who is grateful for everything that I have achieved in the Netherlands together with my husband, who is also from Curaçao, and family. My parents taught me to study more to be an independent hardworking woman and I think I succeeded. It is also to see how my children are now also building up their lives here in the Netherlands and trying to achieve their life goals.

I still miss family and friends, the dancing and nightlife, the blue sea, and the sun of my native island. Fortunately, I was able to regularly go on holiday to Curaçao with my family. One day I hope to return forever to my dushi Kòrsou (my wonderful Curaçao) to continue enjoying life.