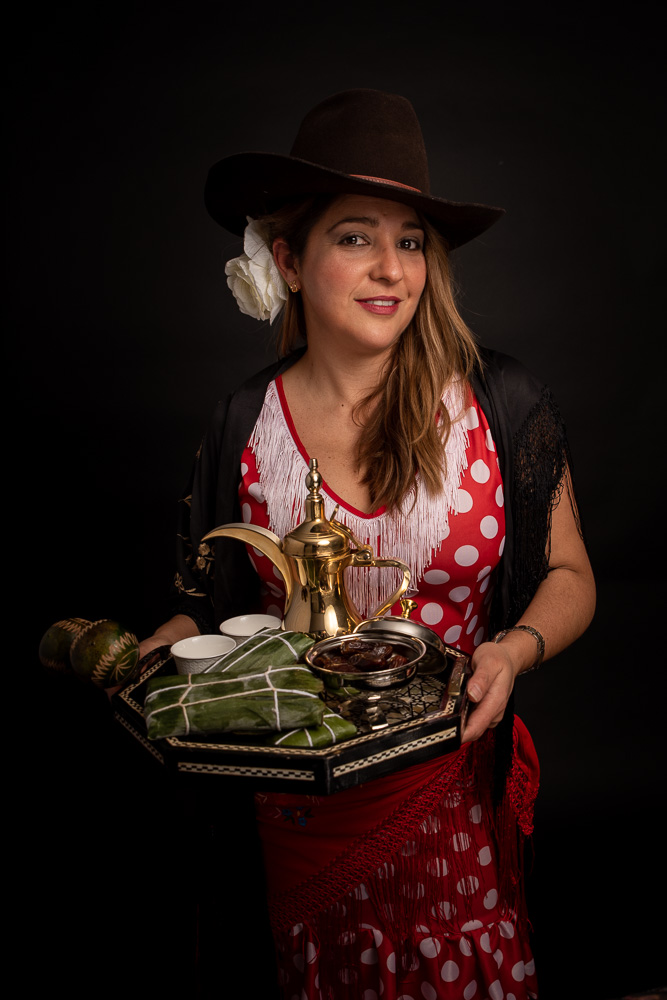 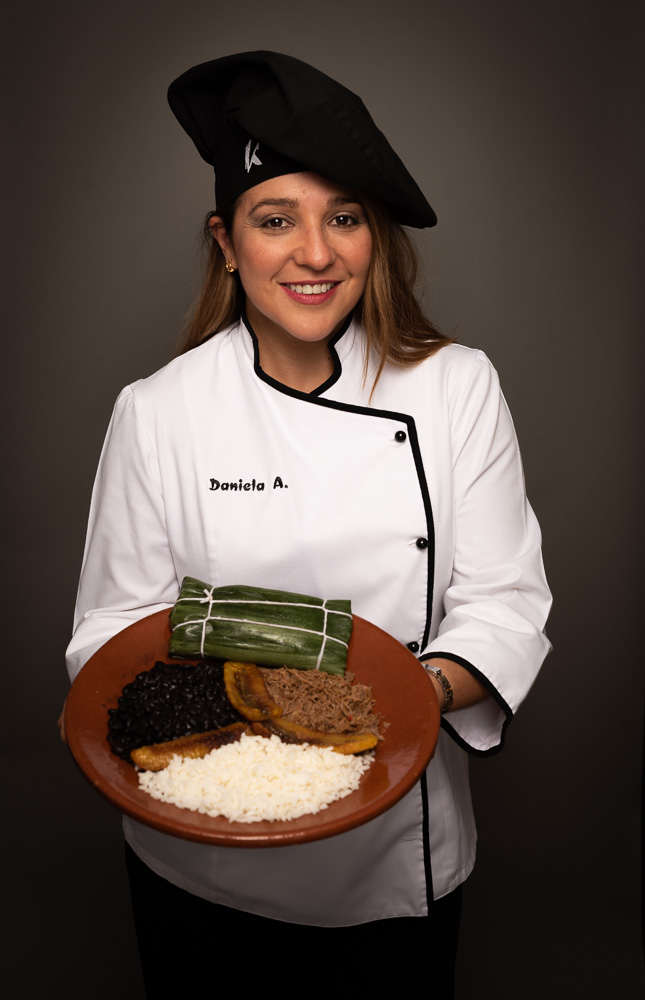 Daniela
“TRANSMISSION OF CULTURE THROUGH GASTRONOMY”

My name is Daniela and I was born in 1976 in Caracas, the epicenter of Venezuela’s cultural life, also known as "the city of red roofs" for its old colonial houses.
I grew up under the pampering and care of my mother, grandparents, and great-grandmother who played an important role in my life. The memories of my childhood revolve around stoves, learning from their hands the gastronomic culture of my country, its flavors and aromas. Hence developed my passion for cooking.

Fate has led me to live a life of constant change and in different places. I moved from city to city and each region added its own flavors to my culinary repertoire.
In 2000 my life took a turn when I went to live in Madrid where I learned a lot about Spanish-Mediterranean gastronomy. Where at that time, Venezuelan cuisine was unknown so I started my own catering service "VENEK-ZUELA" -the Venezuelan casserole- and I became a pioneer in propagating our gastronomy.

My son Alejandro’s first word was “HALLACA,” a typical Venezuelan Christmas meal; now his favorite dish is the “asado negro” (black roast). This shows how, ever since he was little, I have tried to feed him, bite by bite, our roots and traditions. At home, on Sundays, we traditionally have a typical Venezuelan breakfast consisting of “Arepas de Pabellón” (filled cornmeal cakes). And, of course, "los tequeños" (flour dough stuffed with cheese) cannot be missing at our parties.
Due to my husband's job, we moved to the Netherlands in 2012 and came to live in Almere, a planned city that welcomed us with its order, green areas, architecture and tranquility. Something very different from what I was used to.

The language has been a great barrier. However, little by little I got used to the rhythm of the city and its people, discovering a rich international environment, and I learned to integrate into the Dutch culture.

From 2015 to 2019 we lived in Qatar. During this period I combined the special aromas from the Middle East with spices from Asia, which brought me an array of culinary knowledge. In 2020 we returned to Almere where I am getting back on track to contribute as a citizen of the world with the richness of gastronomic cultural fusion which is part of my identity. 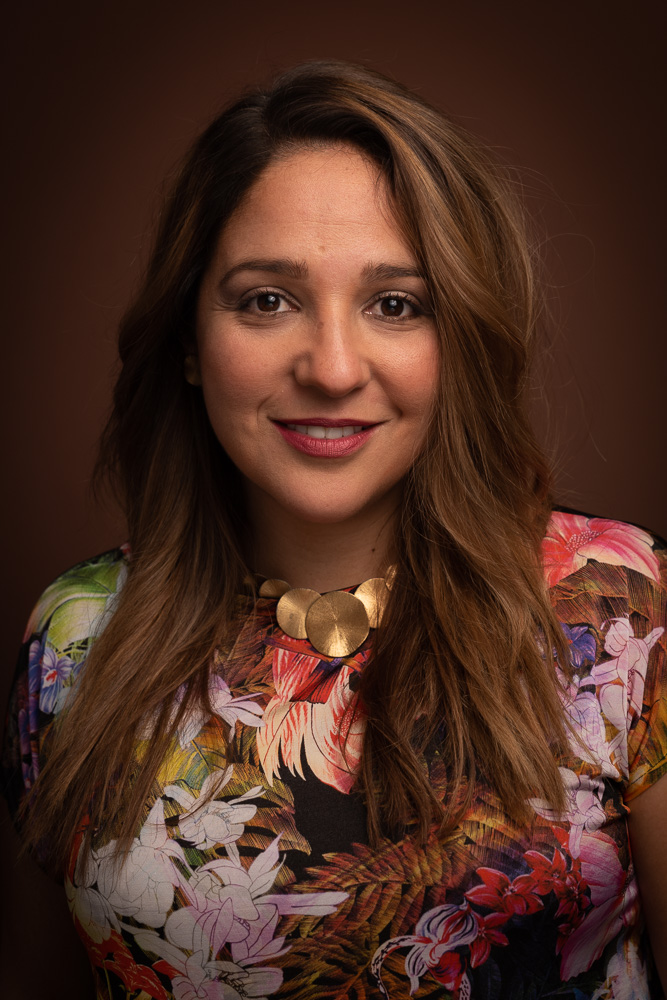 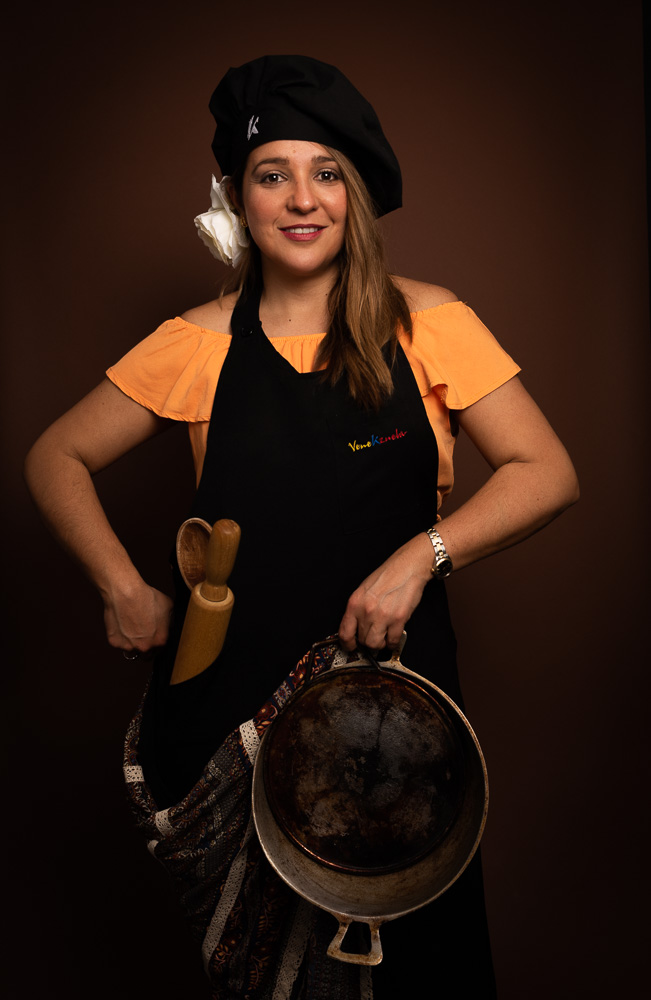 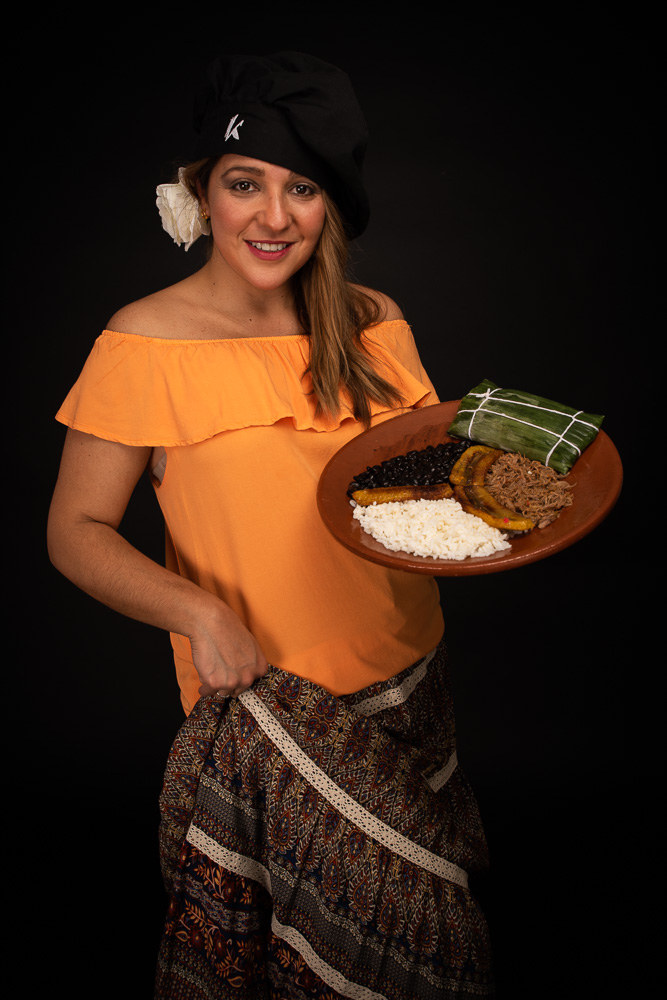