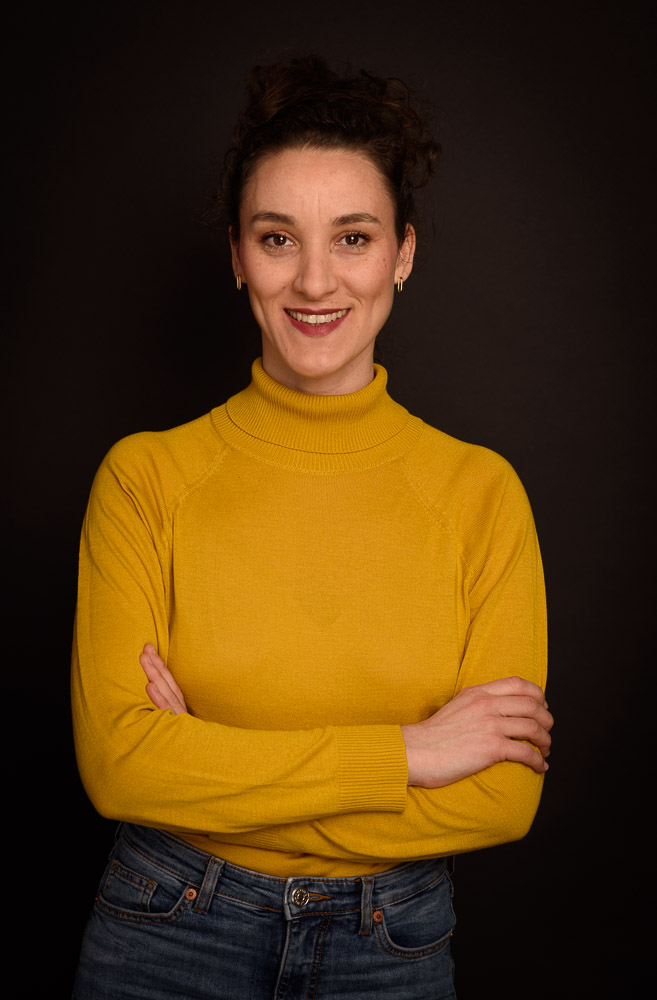 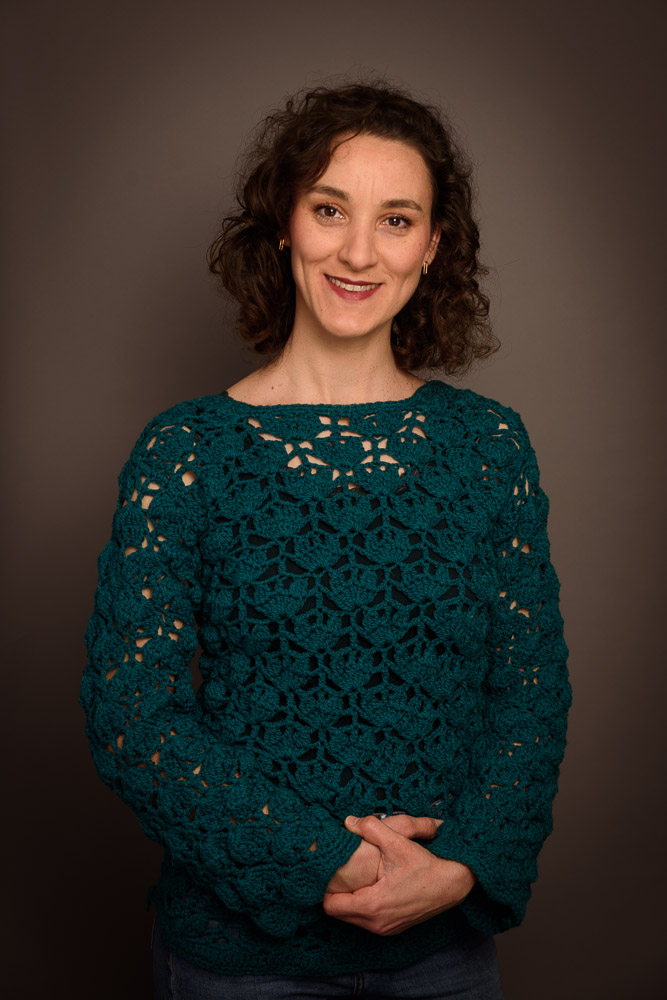 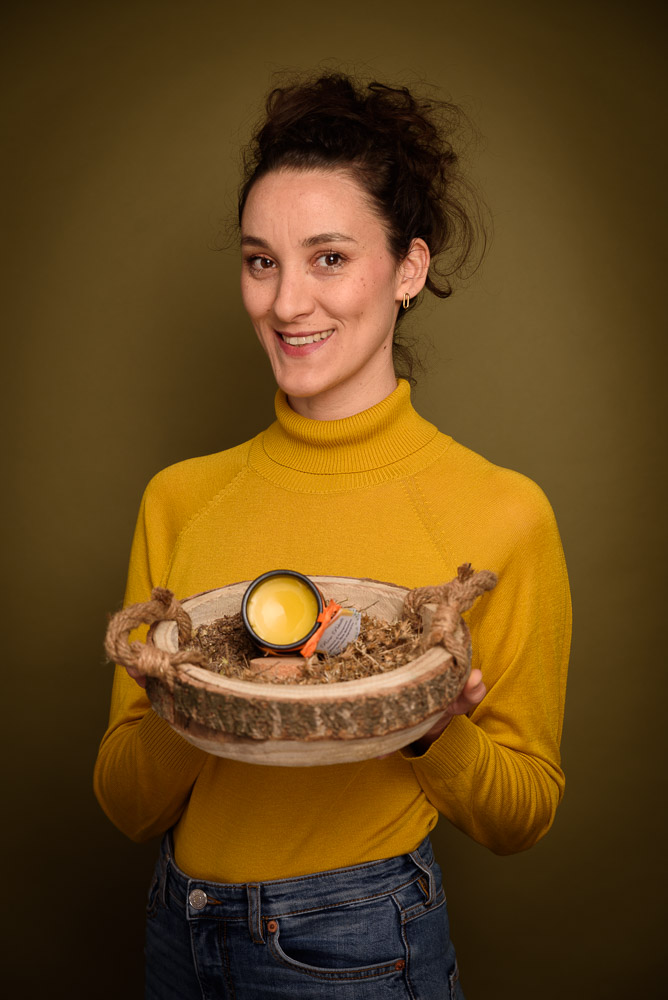 Aneta
“Getting a job was mission impossible”

I am Aneta.  I was born in 1985 when the Socialist Federal Republic of Yugoslavia was a unity of six smaller countries that made one big, peaceful, thriving, and above all pleasant place to leave.

I am the oldest child in the family at that time. I remember growing up in a small and quiet suburb of the capital Belgrade with my grandparents and mother.
When I was around six years old, I noticed one day that not just my family but other families of my friends started suddenly with anxiety and fear which grow each day.

It was one long year of deprived emotions and chaotic, fearful pictures that were running constantly on the TV, as always, the media made it worse.
The day I started school, which is supposed to be the child's most wonderful day to remember, was the opposite. The war between Yugoslavian countries had just begun.

Although we lived far from the center of the battlefield, the memories we would all carry from that day forward are opposite to what our country and lives were like before 1992. The time of poverty, anxiety, anger, fear, worry, depression and despair had begun.

I remember my childhood with many restrictions. My grandparents started gardening because of the lack of food that was hitting the whole nation hard. My mother worked extra shifts to earn enough money for our household.

When I was 11 years old and the war was over, my mother and stepfather decided to give me a great gift: my sister Aleksandra. I was very happy to have her.
I loved going to school and playing with my friends around the building where we lived in a small suburb of Belgrade. It was a perfect place to grow up as there were meadows, small forests, three schools, and three supermarkets. It was a period I remember with joy together with my sister. Those years were a bit more peaceful, until 1999 when NATO started bombing Serbia.  Another wave of fear, uncertainty, of many shortages hit people again. I was fourteen years old and my sister was three.

I remember playing inside and not being able to get out when the loud alarms sounded. My mother never took us to the subway to take shelter, as many did because there were too many people and a bad ventilation system. My grandparents stayed inside with us and kept us company. It was only when the NATO planes were far away that we could go out to play in the garden where we could harvest vegetables or do beekeeping.

As the saying goes: what doesn't kill you, makes you stronger but leaves scars on your soul.  After many years of fear and horror, in 2000 I was able to start medical school, which was very demanding. After four years of learning about the human body and diseases; I realized that I liked natural science and disease prevention more. Growing up with my grandparents made me realize that plants and beekeeping are the secrets to better health and longevity.

In 2004, my grandmother suffered a stroke, which affected us greatly and was like the last straw that made pent-up emotions overflow.
During my time at university, I worked as a nanny with what was barely enough to cover my expenses.  At the end of my studies, I met a guy who was initially my friend and later my boyfriend. We started living together and it was undoubtedly one of the best memories of my life.
He had a job and I finished my Pilates course and taught in Belgrade. We were doing well financially, but we didn't want our children to grow up in a country with unpredictable politics and economics. At that time Holland was not even on our minds, however in a short time, my husband received a job offer from a Dutch company and we said: "Let's experience another world!

Arriving in Holland was easy, but settling in took four months. After two Airbnb and the room of a former friend of ours, we finally found a place to rent in Diemen. We loved seeing the vastness of nationalities that can live in one place like Amsterdam. And the bicycles everywhere! We love how environmentally conscious they are.  That was in May 2016. After a house hunt, I started looking for a job and eventually got two proposals but at that point, I realized I was pregnant. A very big culture shock was the way midwives (verloskundige) are treated.

In Serbia, every woman is guided by a gynecologist throughout the pregnancy, and delivery is done exclusively in hospitals, while in the Netherlands there is a push for a natural, home birth, without an epidural or just paracetamol for pain relief.

Fortunately, everything went well with the birth but our son remained sick very often until he was 5 years old. That period was a culture shock as well as reserving a place in a nursery as everything is full. You have to reserve your place even before pregnancy. We also had a hard time getting used to keeping a diary to simply invite a friend for coffee. Here that has to be done even months in advance In Serbia, it is natural to just knock or knock on the door of your family, friends, or neighbors.

In 2018 we moved to Almere, a beautiful and green city, with no noise, spacious, and surrounded by parks with lots of places for our two daughters to play. I was just a mother and housewife.  Getting a job was mission impossible and I honestly didn't feel well since I had finished my Dutch course, which I paid a lot of money for, and I couldn't find a job.
In 2020 I turned my passion into my own business with plants and herbs. But with children at home and Covid 19, it was difficult to continue it. After hundreds of hours of rewriting job application letters, I got a part-time job in an international company that felt like a gift after six years of professional emptiness.

I love where I live and Almere is our new home. Very international and we have everything but our relatives we left behind in Serbia. My children don't have the luxury like other friends who can have their "oma and opa" at home during the week.