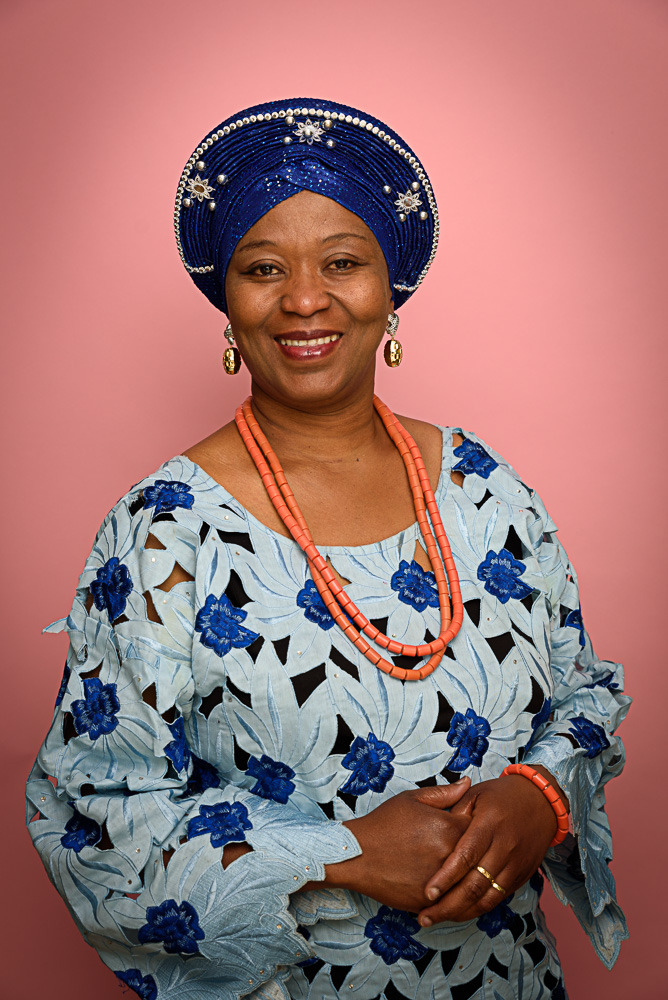 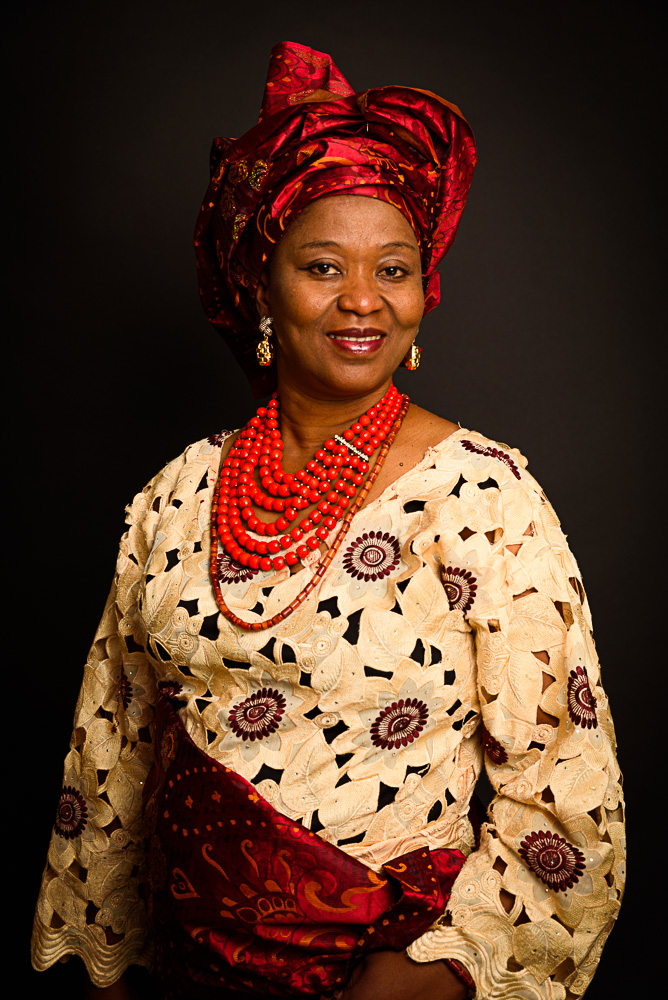 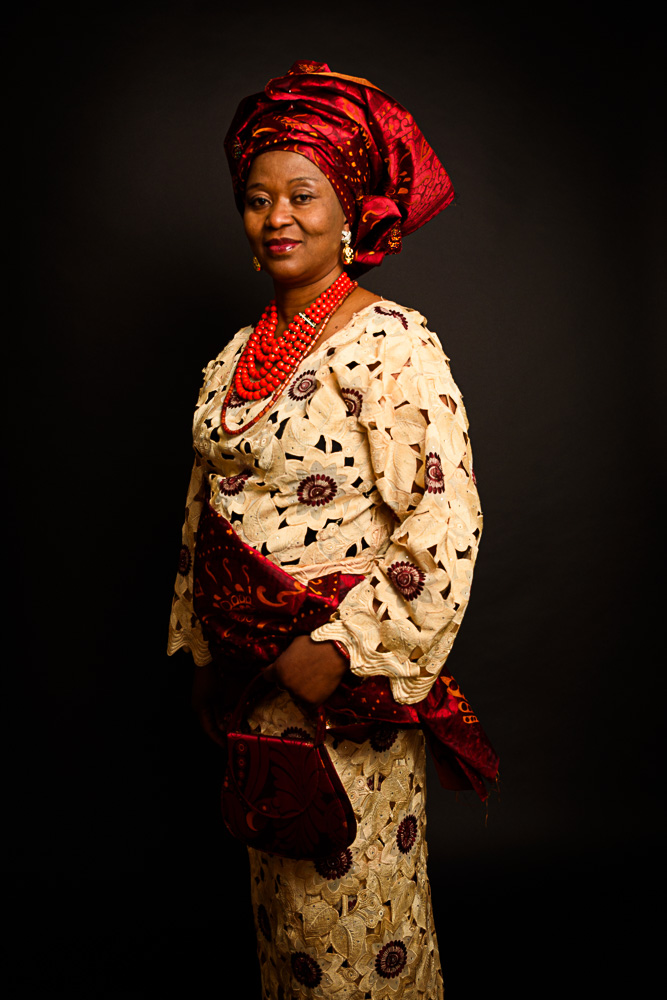 I am Blessing. I was born in the Eastern part of Nigeria in Imo State in 1983. In 2007 I moved to the Netherlands at the Muziekwijk in Almere Stad. I now live in Stedewijk. This is my story:

I am a proud tribal member of the Igbo people; from southeastern Nigeria. We are known for our enterprising, independent, and adventurous abilities. Our tribe is popular for our variety of foods, dances, music, musical instruments, festivals, and culture. For us, for example, yam is one of the most important crops. We eat it for breakfast, lunch, or dinner. I prepare it at home in Holland for my family and friends. Some ingredients, such as yam and plantains, I can find in Almere the city where I now live, but the rest can be found in some African stores in Amsterdam.  It's a meal that reminds me of my Nigeria when I prepare it.

For someone who has lived her life in a climate of around 40 degrees all year round, migrating in the middle of winter to a country as cold as the Netherlands was quite a difficult experience. I had never seen snow before and I didn't like it because of how cold it was. I had no choice to complain about it, as it was my decision to move and live with who is now my husband and the reason why I live in The Netherlands.

One day in 2014, when I was walking home after attending church, I noticed a guy following me. I was scared and I ran home. Who knew that three years later I would be crossing the ocean to be by his side?  At that time, he was on vacation visiting his family who lives in the same town as me Imo State. Our relationship was long distant while I was studying microbiology at the University.

In order for me to move in with him, I had to fulfill the requirements the Dutch immigration ask for in the Netherlands such as knowing the basic Dutch language as well as some general cultural things such as recognizing the flag of the country.  In Nigeria, there are no Dutch classes so he asked a friend if he could teach me the basics online. That is how I learned how to say what my name is or where I come from and some phrases to make a conversation.

It was in 2017 that I immigrated from Nigeria straight to the Muziekwijk, where he lived. I knew I had to learn the language first and I dedicated my time to doing so. In 6 months I managed to get my inburgeling diploma at the ROC.  The school and supermarket were close by and I could even walk there.

I felt very lonely for a long time because I had no one to talk to or be with. I had no friends and only knew the people in my husband's network and their wives.  In Nigeria, you can go anywhere and you always find people to start a conversation with; even in the streets and especially in the market. Here everyone is indoors and those who walk outside don't talk to strangers. I miss the hustle and bustle of the street and the people cooking on every corner. But what I miss most is my family.

Another big difference is the drinking water that you can drink from the tap here in Holland. Over there you get water by digging wells where you have to draw it with buckets.  Public transportation is not as advanced as it is here and people mostly travel by motorcycle. Instead of buses, it is popular to pay someone to drive you around on the back of his motorcycle.

I am happy to live in a house with a garden in Almere where my four children (2009, 2013, 2014, 2016) can play. The way kids are raised in the Netherlands is very different from what I am used to in Nigeria. Kids here question you about everything. And if you buy them clothes, they will check them out and may tell you that they don't wear them because they don't like them. When I was growing up I could not question anything and I wore whatever my parents gave me.

I had two very loving parents whom I miss. In 11 years I could not go back to Nigeria for various reasons and among them my health. In 2013 while I was vacuuming, I suddenly fell and could not speak; I had a stroke. With signs, I told my daughter to call her dad who came immediately and took me to the doctor. My baby was only 6 months old and my daughter was 4 years old.  The ambulance took me to the hospital. I have had heart and lung problems since then.  My next two pregnancies were high-risk and very difficult periods for everyone. My husband had to take care of me and the kids while he worked. He has been all this time more than my life partner but my friend and an angel.

In 2021, in the middle of the confinement of Covid-19, my father fell ill and died. This fact added to my sadness since I could not be at the funeral or accompany my mother.
This year 2022, feeling better in health and with medical permission, I decided to go alone to visit my mother who has only a stomach ache. So I bought a ticket to Nigeria. Unfortunately, she died suddenly on a Thursday and my ticket was for Sunday. I could not say goodbye to her either.  I am in a period of mourning and sadness, mostly worried about my little 9-year-old brother that my mother adopted. The Catholic church has been my refuge and I pray daily for his and my parents' souls. My children are also active in the church.