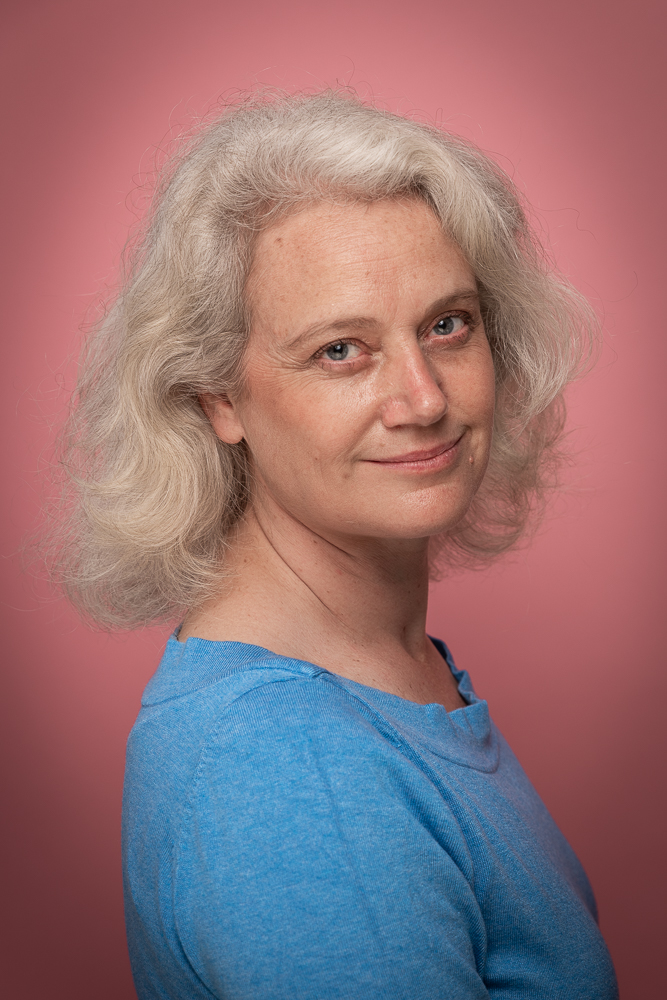 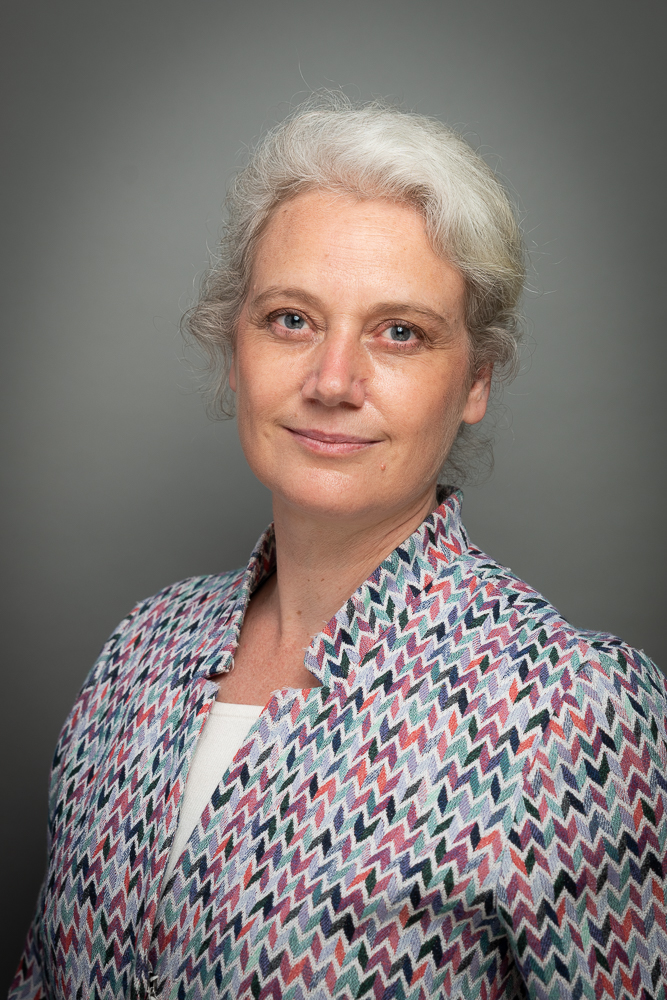 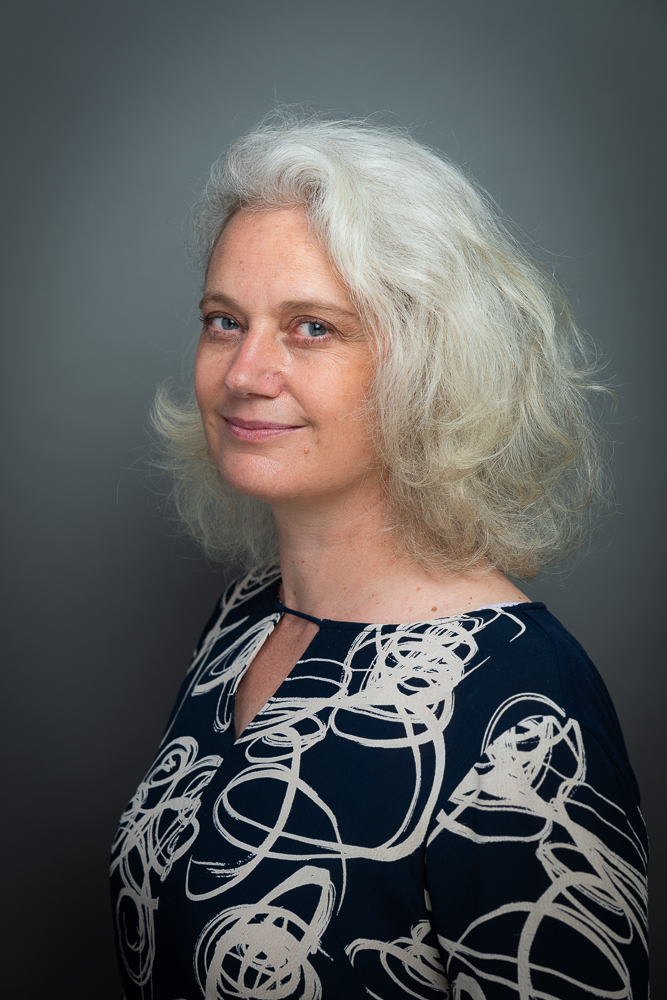 Fiona
“Almere is a place where our sons have been able to play a lot outside and grow up in a multicultural society where multilingualism is normal.”

I was born in Auckland, New Zealand in the 1970s. Aucklands location is unique, sitting within a volcanic field with many dormant volcanic cones and on a narrow strip of land (an isthmus) between two bodies of seawater. This isthmus connects two beautiful ranges covered in native rainforest. Auckland is surrounded by sea with two natural harbors and beautiful swimming and surfing beaches. This is why water sports are very popular and that Auckland is known as the 'City of Sails'.

Like many New Zealanders, I grew up in a family with European decent: Croatian, Scottish and English. I enjoyed my childhood with my brother and sister immensely. Auckland was (then and now) the most densely populated and largest city in New Zealand as well as the most cosmopolitan city.  Despite this, there was a lot of silence and space, which made it feel more like a village with lots of powerful nature around it.

My parents worked hard to provide for us. My mother was a serious family manager and, with a small budget, made sure there was room for play and family time. She encouraged us to climb trees and to climb and romp and roll around in the volcanic craters. During the summer she taught us how to catch a wave with our surfboards. When my father wasn’t working he would play just as hard as we did.

On winter evenings there were always family games in front of the open fire. I can still see my dad chopping wood after a long day of work. During the summer months we always went camping, hiking and swimming in some of the most beautiful areas. We also spent hours studying all of the creatures, such as sea anemones and hermit crabs, in the rock pools at the beach. My favorite summer activity was digging in the sand at low tide for "pipis," a New Zealand shellfish, really delicious, which we would eat for dinner preceded by a card or board game.

Once I started at an all girls highschool, my brother and sister were already working in addition to school and university. I missed them a lot, which ignited a curiosity and increasing desire to discover the rest of the world. From about the age of 3 I had been following dancing lessons and had been training with my entire heart and soul for some time. From school, I went to study dance at a university in Western Australia. This was a unique education which combined academic subjects such as anatomy and physiology with dance. After university, I pursued a career in dance and that is how I ended up in the Netherlands.

The Netherlands was the first European country that I visited. I was picked up by a friend of a friend at Schiphol Airport. As I looked at my surroundings from the highway I couldn’t believe  how orderly the countryside was. It was perfectly divided into squares and so incredibly flat and the typically Dutch garden allotments with their little "tiny" houses were fascinating.
On arrival in The Hague, I was once again fascinated by the orderly streets and terraced houses. It was a whole new world to me, and so strange to be able to see straight into peoples living rooms, when walking on the street, as nobody had curtains.

Before I arrived in the Netherlands I had, for the last 18 months, been alternating summer weather in Australia, New Zealand and Singapore. I arrived in the Netherlands in the middle of winter with snow and ice. I didn't know what had hit me. I remember losing 25 guilders as I stood waiting for a tram. As the cold wind was cutting through me I couldn’t hold onto my money because  my hands were so cold and numb.

The first time I caught the train to Amsterdam I ended up staying behind on the platform. I missed the first two very full trains as I had no idea how to deal with the pushing and pulling of the morning rush hour. I had never had to "fight" for a seat on public transport before and the pushing and shoving was beyond my comprehension. I had not yet learnt how to do this. I couldn't believe how rude everyone was.

In the Netherlands, I worked as a dancer for a project with 'Het Nationaal Toneel' [The National Theatre]. At the completion of this I visited other dance companies and worked on other projects within Europe. I kept coming back to the Netherlands and eventually I met my husband with whom I now have two wonderful sons.

Our youngest son had health issues at birth and for this and other reasons we decided to live in Almere. If our youngest had been born in New Zealand he probably would not have been able to receive the specialized care he needed as an infant and young child and would most likely nog have survived. We would have had to have said our goodbye’s to him early in his life. Now, thanks to the development of knowledge, and the healthcare system, in the Netherlands, we can enjoy both our son’s who are developing into lovely young men.

I miss the unspoiled nature, the 'laid back' lifestyle and the beaches of New Zealand. But I also love the fact that there are so many things in the Netherlands that are so well organized. Almere is a place where our sons have been able to play outside a lot, and grow up in a multicultural society where being multilingual is normal. The also have the opportunity to attend really good schools with VWO and Gymnasium education.

My passion for movement has been a continual drive. I have been able  to complete a Bachelor of Health, a Bachelor of Science and a Master of Science within my field of interest in the Netherlands. As a pediatric physiotherapist, I have much pleasure in working with children with developmental problems.Movement is the base I work from to support a child in their development and self discovery. To me it is the most beautiful work there is.