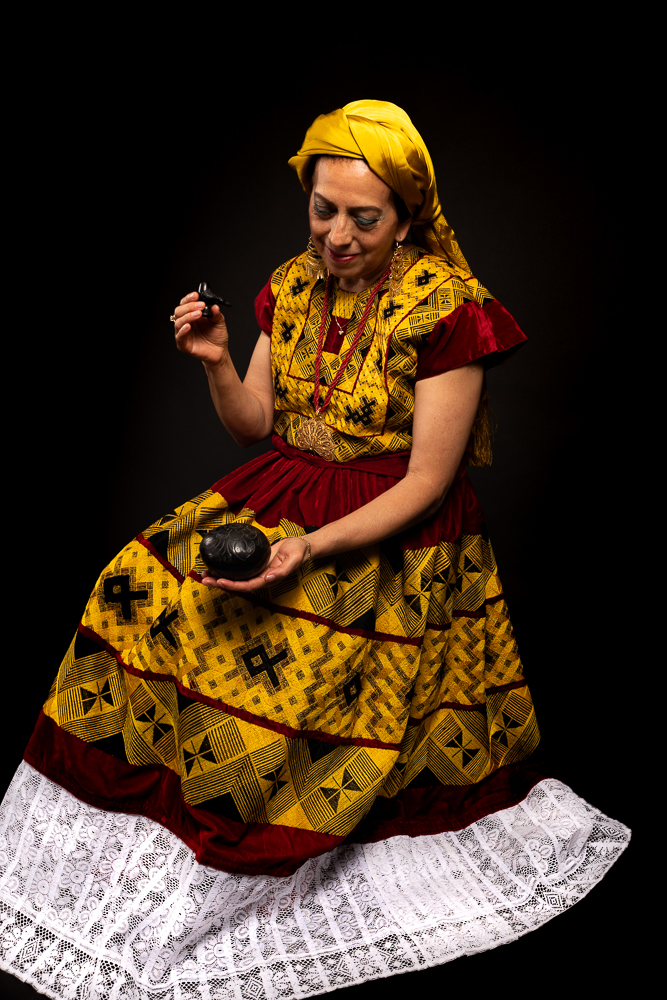 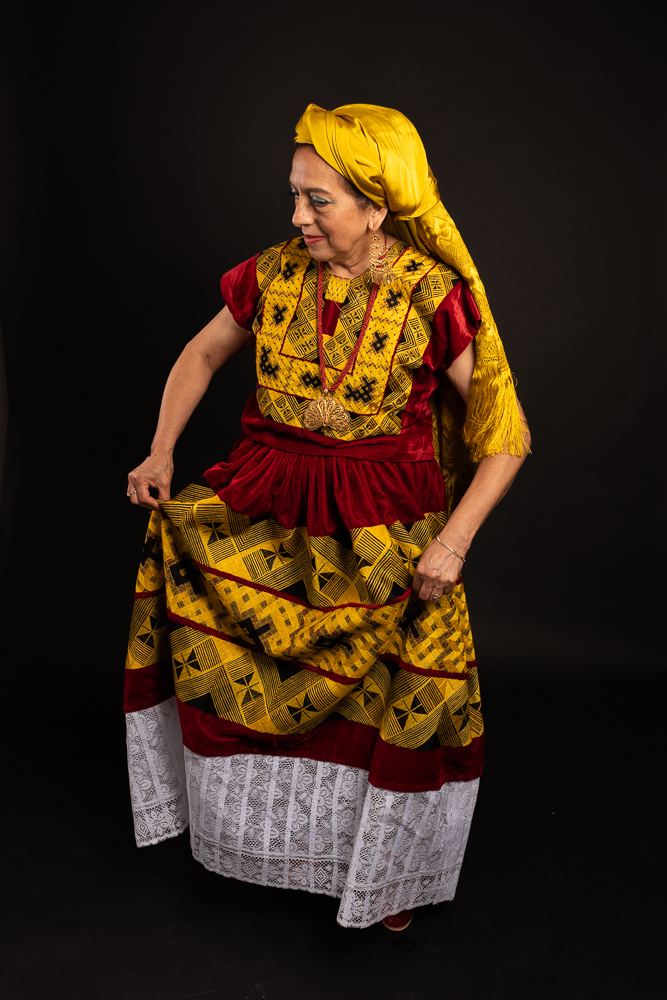 The traditional Tehuana dress, characteristic of the women of the Zapotec ethnic group located in the Isthmus of Tehuantepec, is one of the best-known Mexican suits.

This suit has variations in its design depending on the town where it is worn. The huipil and the skirt are the most essential pieces.

The suit is made of white satin and/or black velvet, with hand-embroidered flowers made of silk threads. A cotton underskirt with an embroidered strip is worn under the skirt. For special parties, a third element is added, the resplandor, which goes on the head and is made of starched lace.

The dress is complemented with gold jewelry called Ahogador and Doblón, which are short necklaces made of coins and chains.

My name is Silvia and I was born in Mexico City in 1958. I studied the career of Pharmacobiologist Chemist specializing i

n Food Technology. Both in Mexico and in the Netherlands I have performed my career with great pleasure and pride.

When I arrived in the Netherlands in 1988, we were only 80 Mexicans. The love for a Dutchman (my husband) brought me to this country. I lived for a year in the picturesque village of Weesp. In 1989 my husband, daughter, and I moved to the new and modern city of Almere which I have seen grow by leaps and bounds.  In the beginning, it was just sea sand and a few houses.  We all knew and helped each other.

Once established, I sought to develop my favorite hobby, Mexican folk dance. In 2004, this inspiration led me to form my Xochiquetzal Foundation, in order to make a part of Mexican culture known in Europe.

Through dance, we have transmitted the colorfulness and joy of Mexico throughout these years both to the European public and to our Latino compatriots and children.

My husband is a huge support in the Foundation and my daughter Dulce Alondra performs the Mexican dance with great joy and honor. 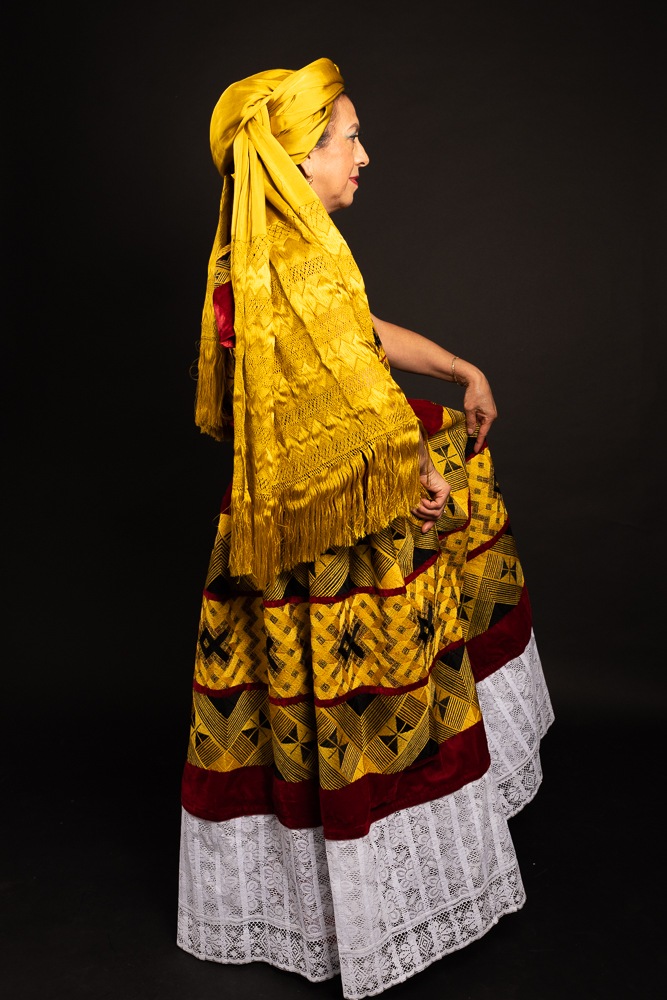 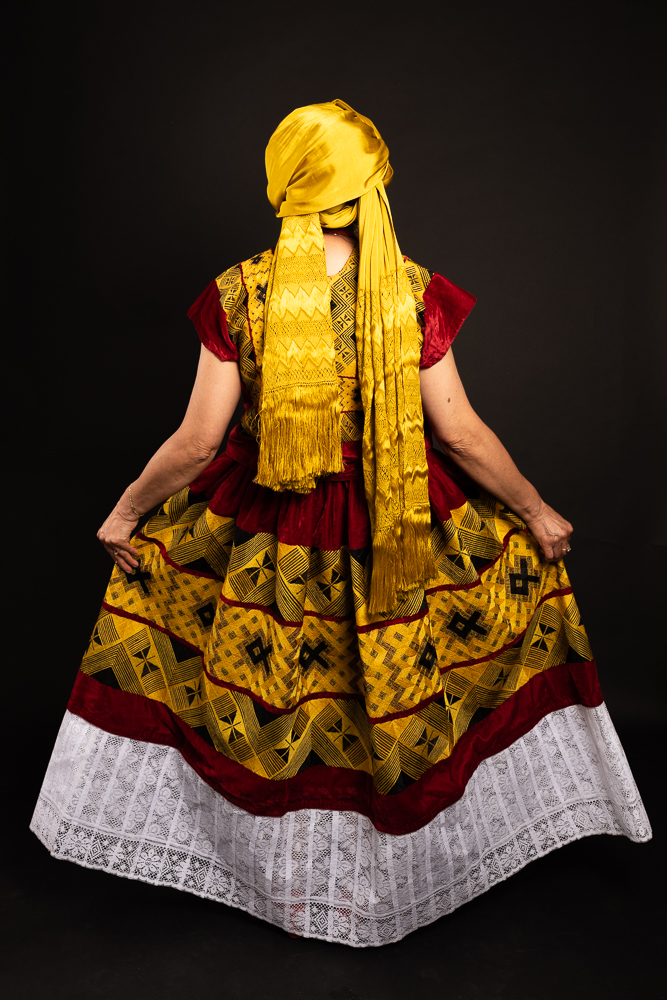