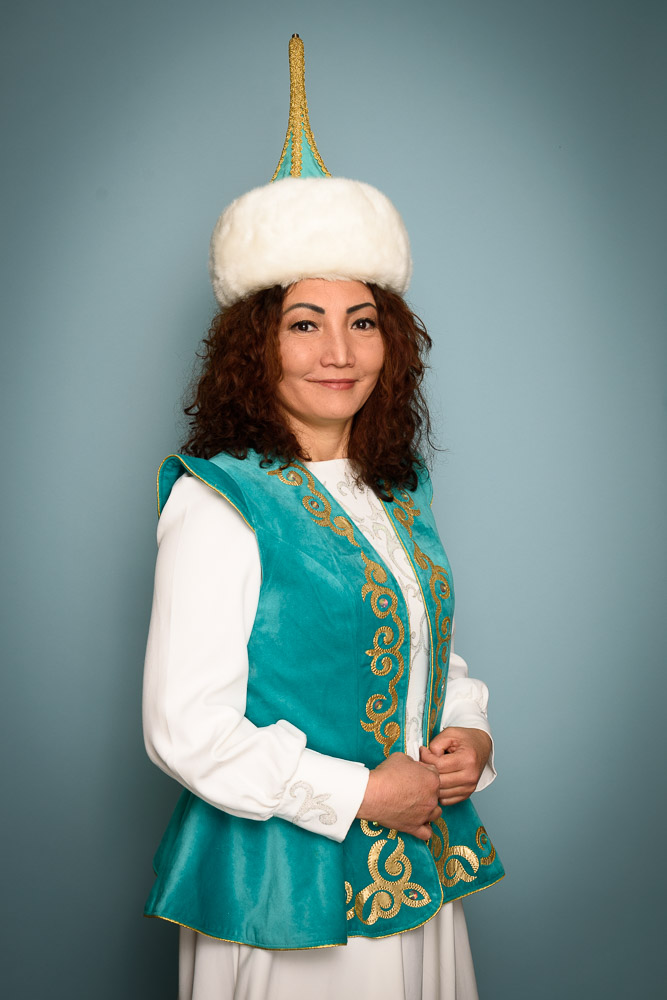 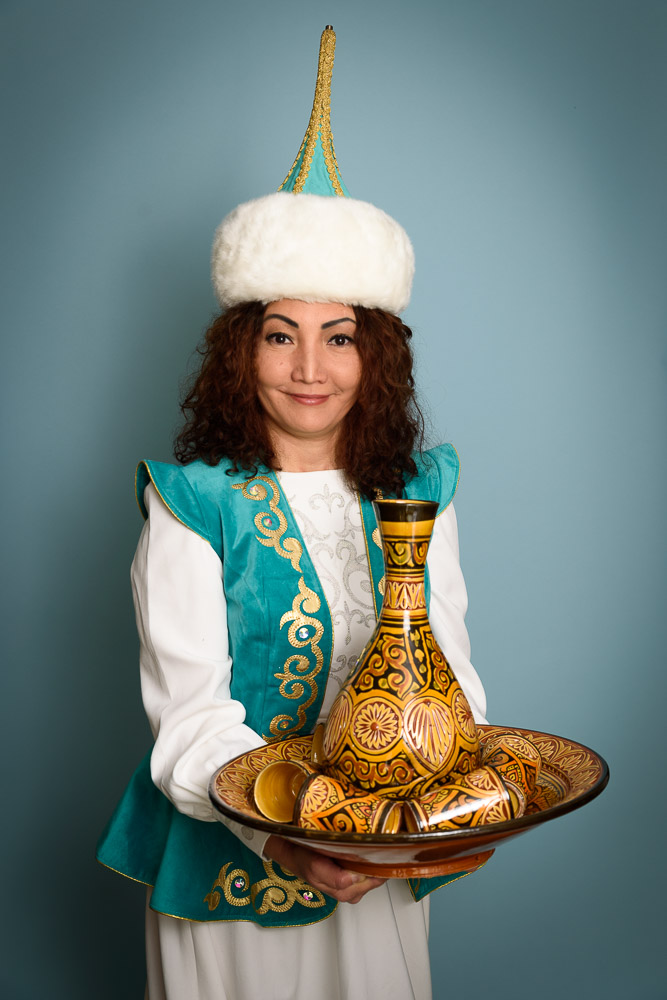 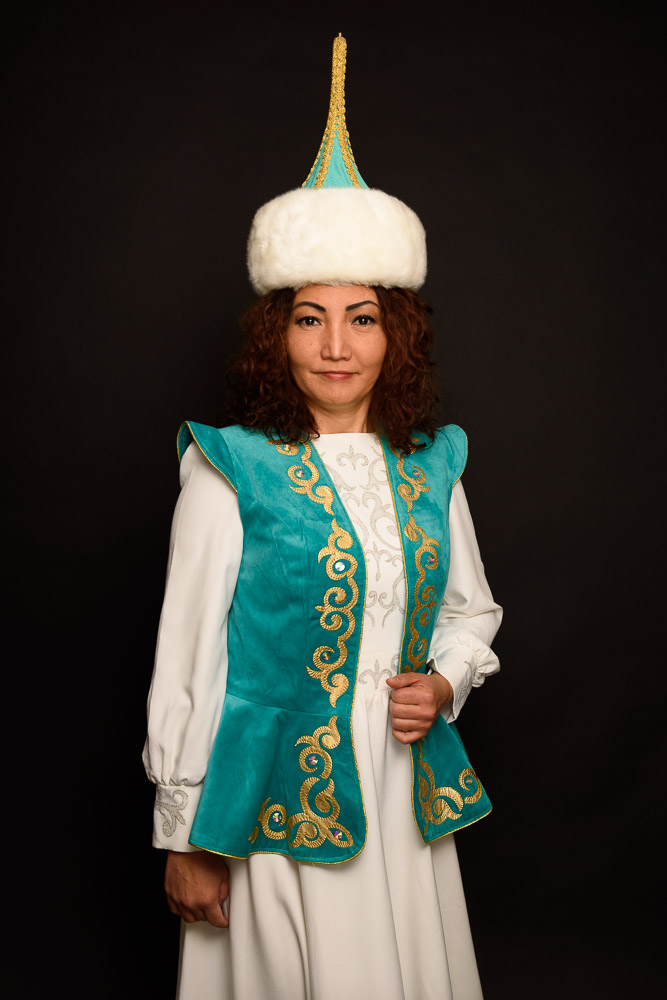 Yeline
“Through food and cooking my Kazakhstan meal, I bring my soul and hospitality to the people around me”

Almaty, the city where I was born, was the capital of Kazakhstan during the Soviet Union but after independence was moved to Astaná. We are known as one of the top 10 largest countries in the entire world. We are proud of our architectural marvels, the Caspian Sea, and the wild horses.

The city was surrounded by mountains; something that I miss the most now that I live in The Netherlands. I used to walk in the forest and recollect mushrooms that I marinaded and eat in the winter.  My parents had a vegetable garden and we used to eat all very fresh. In the course of 20 years that I lived in the new city of Astana, I saw in front of my eyes how fast grew. Almere which is a fast-growing new city reminds me of home.

I was raised during the communist regime however I had a nice childhood having everything that we need. There was wealth and not much difference between rich and poor people. The apartment where we lived was supplied by the government.

I remember that my parents took me to the Moskou circus. theaters, ballet, and opera. Concerts in the Soviet Unit were cheap. We only had to pay 50 cents for one Rubble. My mother language is Russian which was the only language spoken. It was forbidden to speak the Kazakhstan language. You risk going to jail if you do it.

I came to Almere with my Dutch husband during the period of Covid-19.  It was very difficult for me because I was insolated and like everyone, I could not meet people. It was cold and rainy. In Kazakhstan, we have 300 days of sun, and here less. I could not go to a language school or practice it with other people due to Covid regulations, so I started at home learning Dutch with books and my husband.

I like Almere's infrastructure having the train, bus, and bicycles on their own road. I live in a quiet and nice place surrounded by neighbors from other countries. Now that Covid is not an issue anymore and we can go out, I have the opportunity to finally meet people from other countries and make friends. I am doing many activities to integrate as it is to be part of Women of Almere. I am happy to see how people help each other as it is in my country.

Through food and cooking my Kazakhstan meal, I bring my soul and hospitality to the people around me.  I feel like I go back home when I cook my "Baursak" which are little ball of baked dough that reflects my nomadic roots. It is easy to prepare them as fries quickly and keeps them longer than baked bread. Thanks to baursak many hungry people survived World War II; my grandpa was one of them. I prepare them here, especially for New Year as a dessert topped with sugar, honey, or jam. Luckily, I can find the ingredients in Almere in any supermarket and that is fantastic.

Kazakhstan has more than 100 ethnic groups that live in harmony and with no discrimination. I feel that is more or less the same here in Holland. I would like to find ways to contribute to this society by sharing my culture because I know Russian, Uzbekistan, Ukrainian, and Kazakstan cultures and the Dutch culture that I am learning now. I hope I would be able to put all those cultures together so I can be richer from the inside and grow as a person. I know that my cultural identity is shaping and creating a new Yeline.