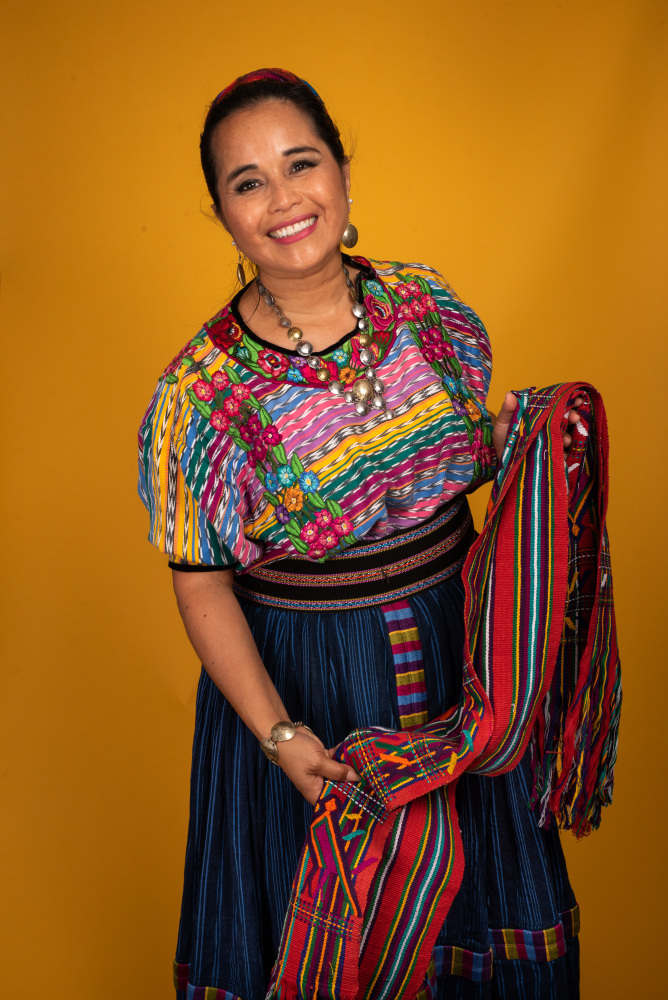 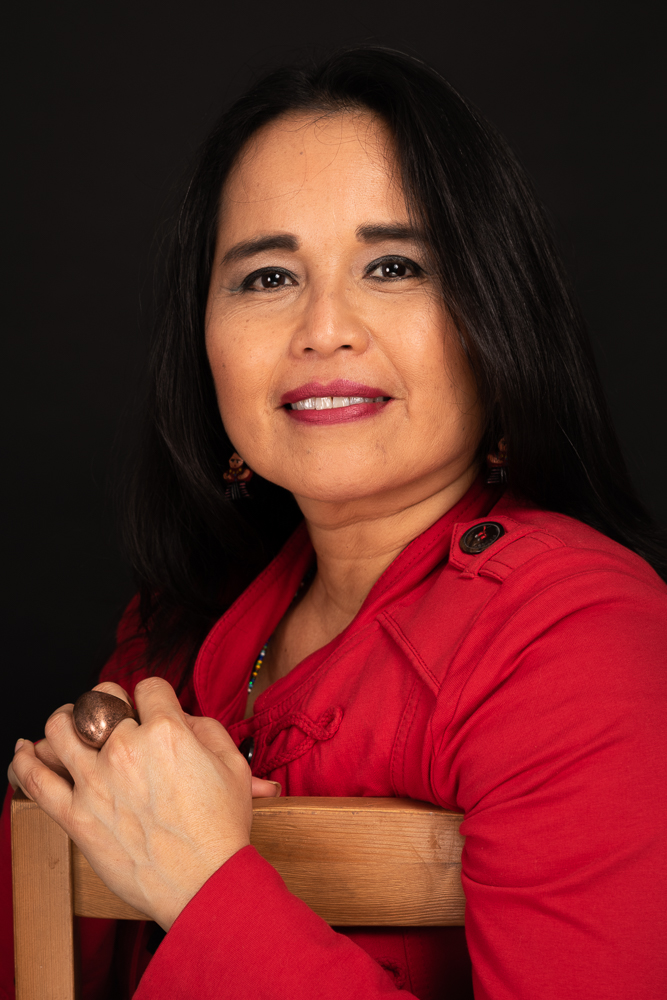 Lyla
“I am grateful for life's difficulties and opportunities because they have made me who I am.”

I am Lyla, born in Guatemala. In 2005 I came to live in Almere in the neighborhood Tussen de Vaarten. This is my story.

I was born in 1971 in Quetzaltenango, a city in the mountains of Guatemala. My father is an electrical engineer and my mother is a pedagogue and translator. Because of my father's job, we moved to the capital, Guatemala City, where the situation was very unsafe. At that time, there was a civil war going on in the country. I am the oldest of four children. In a country where education is compulsory, but illiteracy is high, I was lucky enough to study at a private Catholic school and go to university afterward.

When I was 11 years old, I participated in an exchange program and got to live with a family in Iowa, USA, for two months. It offered me the opportunity to get to know another country, other people, and snow. I went back twice more as a teenager and even finished my senior year of high school there in 1990.

I also wanted to get to learn about European art and culture: my plan was to travel around Europe, work as an au pair in Paris, study at the Sorbonne, and go interrailing. In the summer of 1992, I met my current husband, Jan, on the train between Greece and Turkey. A year later I would be preparing my wedding with him.

Later during that trip, we took the train to Amsterdam and that was the first time I came to the Netherlands. Together with my two Guatemalan friends, we visited Maassluis, where Jan and his parents lived. Jan and I fell in love. We visited other places in the Netherlands and I was fascinated by the windmills, the landscapes, the architecture, and the canals. It was like stepping into a postcard.

Then I went back to Paris to work as an au pair. Unfortunately, I got very ill and had to be hospitalized with peritonitis. When I left the hospital, I was very weak and could no longer work as an au-pair and I no longer had a roof over my head. Before traveling back to Guatemala, I stayed with Jan and his parents for a few weeks to regain strength, but also to get to know Jan and his world better. It was a culture shock: his parents only spoke Dutch, they had very different customs and it was winter, so cold and dark.

However, it was a pleasant time. When I returned to Guatemala, Jan came a few weeks later to meet my family and get to know my country and our traditions. The day he returned to his country we got engaged. The following year, Jan and I were married in Antigua, Guatemala. He was 21 and I was 22.

At first, we lived in Maassluis. Everything was exciting: the experience was new and I didn't miss my family. But that feeling changed over the years. Not only did I have to get used to married life, but also to a new country. People here are very punctual, serious, distant, and structured; something I was not used to.

After a while, other feelings took over: nostalgia for my country and my family and the desire to have children. We decided to try our luck in Latin America and emigrated in December 1998. Jan found a job at an IT company and I at the Dutch embassy. Our son Hendrik was born in 2001.

The situation in Guatemala became increasingly violent. The economic situation also worsened. In 2004, the day our daughter Suzanne was born, we decided to return to the Netherlands. Jan would have more job opportunities and I could spend more time with our children. At the end of 2004, Jan left in search of a job and a house, which he found in Almere, a city that I had never heard of before.

We moved to Almere Filmwijk. The city struck me as empty, featureless, lifeless, and cheerless. Nothing like the historic city with canals and windmills I was used to. Jan said, "Give me five years, and we’ll go." That was more than fifteen years ago. And now I'm here promoting this city. Stadslandgoed, de Kemphaan and the Oostvaardersplassen nature reserve are among my favorite places.

I took the Dutch saying "Better a good neighbor than a distant friend" to heart. I managed to build a strong social network by participating in social activities, volunteering at my children's school and at the Catholic church. I started a group of Spanish-speaking mothers with the goal of helping each other pass on Spanish and Latin American traditions to our children. I wanted my children to be able to speak Spanish with my family and I succeeded: they speak Dutch, Spanish, and English.

After a while and being so far away from Guatemala, despite my many victories in Holland, I had problems in my personal life: due to thyroid problems, a very tight schedule, and having no time for myself, I suffered from burnout which later turned into depression. To make matters worse, at that time a good childhood friend of mine was kidnapped and murdered in Guatemala. My mother and sister came to help me and took care of our children while I was in the hospital. Thanks to them, we got through this difficult time. I learned the term "migrant stress and grief". I understood then that I needed to take care of myself before I could take care of other people.

The death of my younger sister, Maria Jose, in 2019 due to an accident, had a strong impact on our lives. I became distressed again and immediately sought professional support. During this period of mourning and limitations due to Covid-19, I processed my grief as I wrote these life stories, created these portraits, and put together my book about Latin Women of Almere.

I can proudly say that I am many things. I am a wife and a mother. I am a daughter, sister, and friend. I am a Guatemalan Latina and a happy Dutch woman. I am of a mixed-race with indigenous, Spanish, and Chinese blood. This mix of cultures makes me a citizen of the world with different characteristics.

Migration has taught me to be humble and grateful. I stopped thinking about what I was leaving behind because it prevented me from living in the present. I have learned to be tolerant and open to other cultural codes. I am grateful for life's difficulties and opportunities because they have made me who I am. I sincerely hope that my experiences can be of comfort and help to other women, especially immigrant women like me. 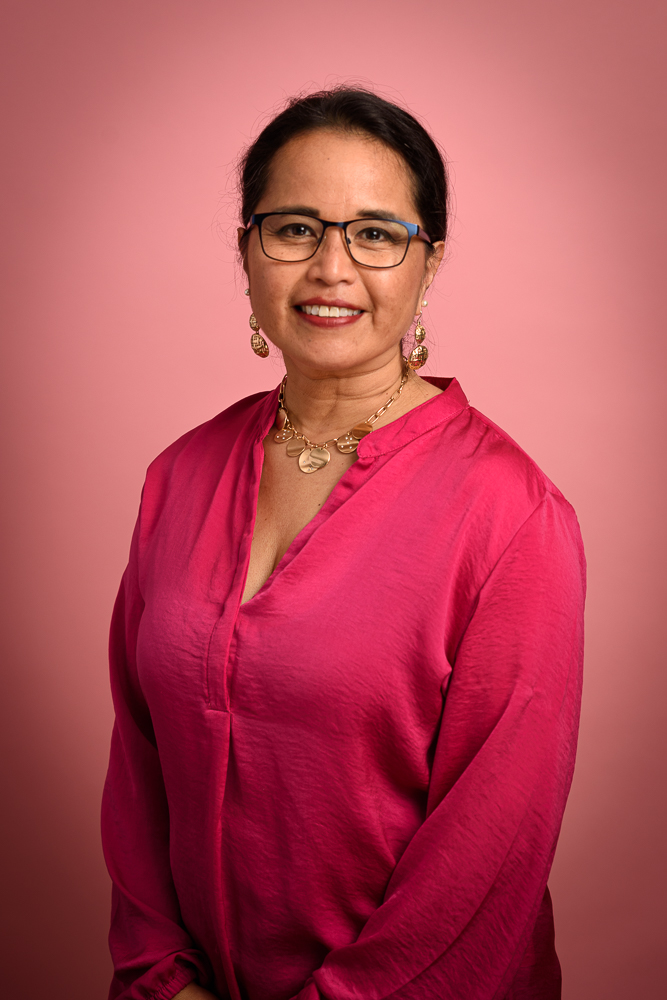 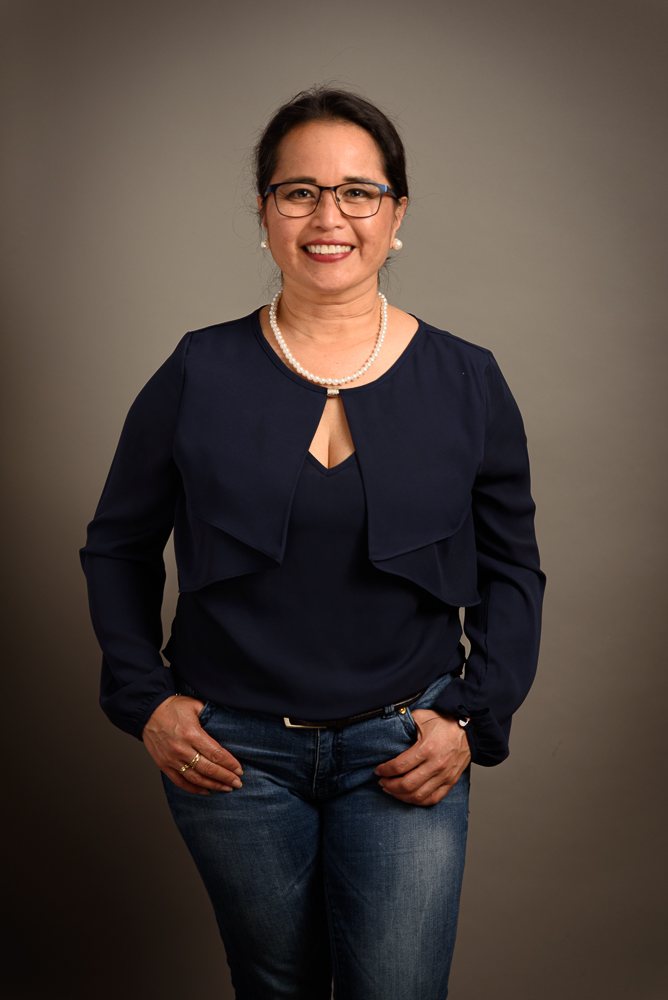 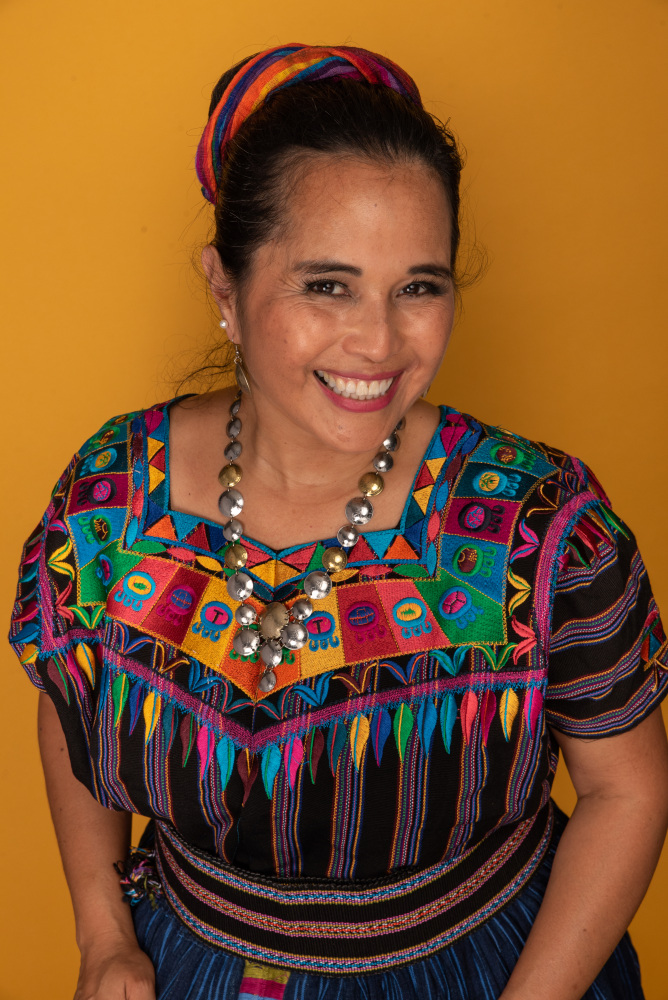