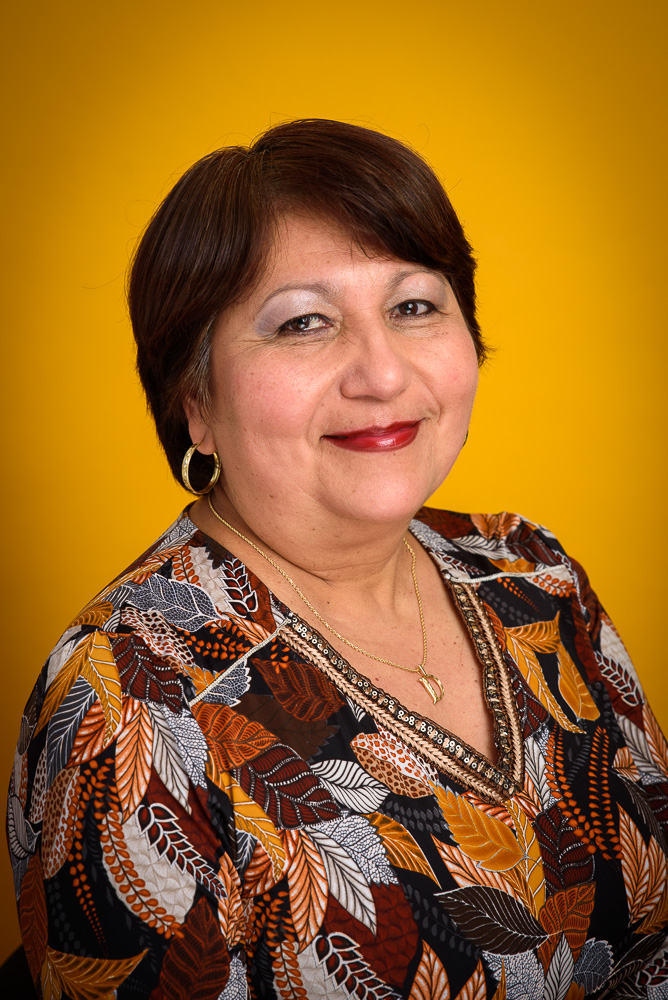 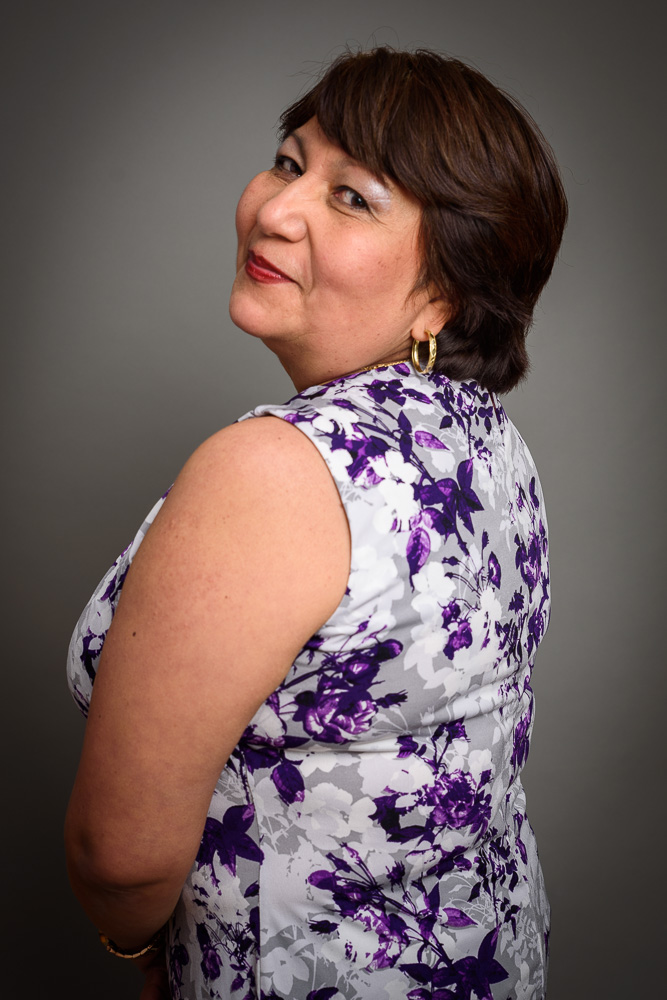 Doris
“I don't think I will return to my El Salvador and if I do it will be only for vacation.”

I am Doris, I was born in Sonsonate El Salvador in 1964. In 1984, I came to the Netherlands (Apeldoorn) and in 1985 I came to live in the neighborhood called Almere Haven. This is my story.

Sonsonate is a city in the west of El Salvador known as the 'city of coconuts'. It has a warm climate with a temperature of 32 degrees all year round.  As a child, we moved to a farm near the city of Santa Tecla which is also called "Nueva San Salvador" (New San Salvador) and is the second capital of the country with a very pleasant climate.

I have an older sister who currently lives in El Salvador and a younger sister who lives in the United States. I remember my childhood surrounded by coffee plantations since we lived on where my father was a farmer. Avocados, oranges, corn, and black beans were not lacking.
When I was 8 years old, my parents separated. My mother took my little sister to Guatemala, my older sister went to my grandmother's since it was closer to where she was studying and I stayed with my father on the farm.

I had to walk about a kilometer to get to the only school in that place. In the summer the road was dusty and in the winter there was a lot of mud. So I decided to follow my older sister and live with my grandmother. In the last year of elementary school, I started a sewing course at the same time. As time went by, I was able to make my own clothes and also other people's clothes, generating income for myself. I finished High School and then I did a year of secretarial education. It was at this time that I met Mrs. Marta, mother of Mr. Santos, a union member of the National Electric Company who along with others fought for the rights of workers. We were neighbors and we would go shopping together or help each other.

The country was in the middle of a civil war and there was an atmosphere of terror and many human rights violations. It was forbidden to talk about politics, to go out at night in the street and we lived with the fear that at any hour the military would arrive to take us out of our house and take us prisoner or kill us. It was devastating to live through the agony that Doña Marta went through when they imprisoned and martyred her son Santos. A group of Dutch journalists led by Koos Koster came to El Salvador to report on the situation. They interviewed Santos and the rest of the unionists in jail. Two days later they were killed by the military, generating a worldwide outcry against the violation of human rights in my country.

Due to this fact, after some time, the Dutch Ambassador in Costa Rica arrived in El Salvador to interview the group of unionists in jail and offer them political asylum. They accepted the proposal that included asylum not only for them but also for their relatives and close friends. It was through Doña Marta and her family that I was invited to join the group that would emigrate as political asylum seekers to the Netherlands. That is how I left on October 15, 1984, my country.

We arrived directly from Schiphol to the Apeldoorn Refugee Center. It was the middle of autumn and it was a cloudy, foggy, and very cold day. My big impression was to see the trees without leaves which made me think that maybe in this country it 'did not rain'; I was very wrong!  I had never felt that cold in my bones before and the drastic change of weather was very hard. It was one of the harshest winters of the time with a lot of snow, which I had never seen before.

There were about 45 of us who emigrated as a group and with whom we all lived together all that first period. In January 1985, we were all moved from Apeldoorn to Almere Haven. The municipality helped us a lot with our relocation. They provided us with a place to live, a coursus to study the language, and assigned volunteers to help us.

I kept myself busy studying the language and then I took a 'child and adult care' course. I did my internship in a daycare center. I married a Salvadoran who was also in the exile group and with whom I have two children (1990 and 2002).  I was a housewife while raising them since it was very difficult to take care of young children and work outside the home. When the youngest son was about 6 years old I started working again in Almere. I am still working, but now only about 10 hours a week.

Of the things, I still miss most about my country are the warm water beaches, tropical fruits, and our typical "pupusas', which are tortillas filled with cheese, beans, and/or meat. But mostly I miss the family and friends I left behind. In all these years living in the Netherlands, I have only been able to travel to El Salvador five times. My children have been there a couple of times but they did not get used to the climate or the way of life of the people. Now they prefer to take other destinations on their vacations.

The civil war ended years ago but violence and human rights violations continue to plague our country with organized crime groups, gangs, and extortionists. The streets are no longer safe and there is a lot of fear. That is why I am happy to live in the Netherlands where I feel free and safe. Almere is a quieter city than Amsterdam, where I feel at home and I have many Latino and Dutch friends. The tranquility that the city and the country offer me is priceless.

I still feel Salvadorian even though I am a little bit Dutch because I speak more this language with my children and neighbors than Spanish. I don't think I will return to my El Salvador and if I do, it will only be for vacation. I see my future more here in Holland since my children are here and I will always be where my family is, which is them, my husband, and future grandchildren. 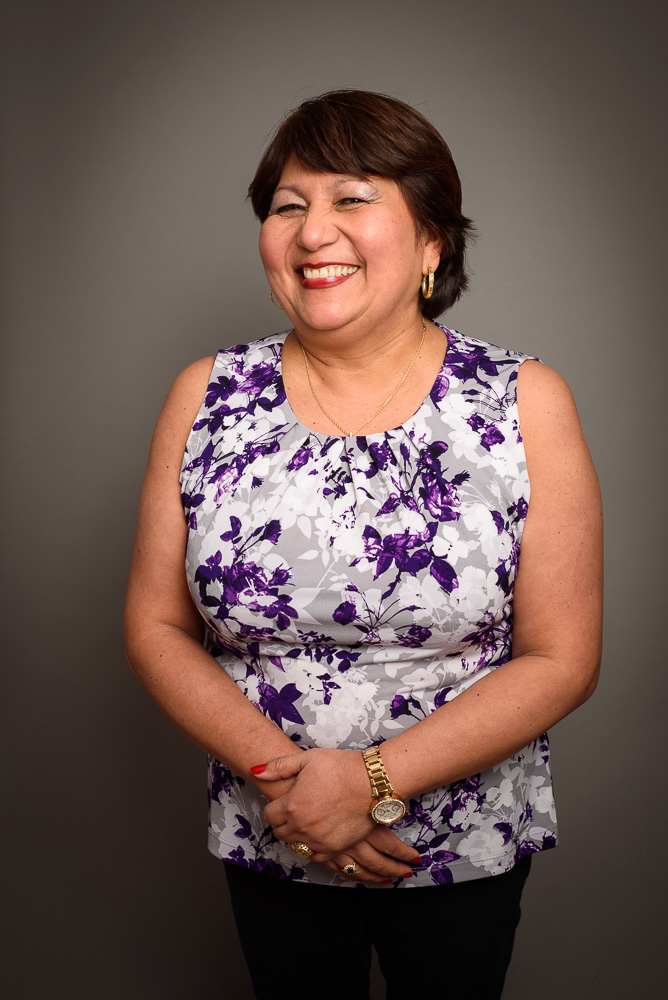 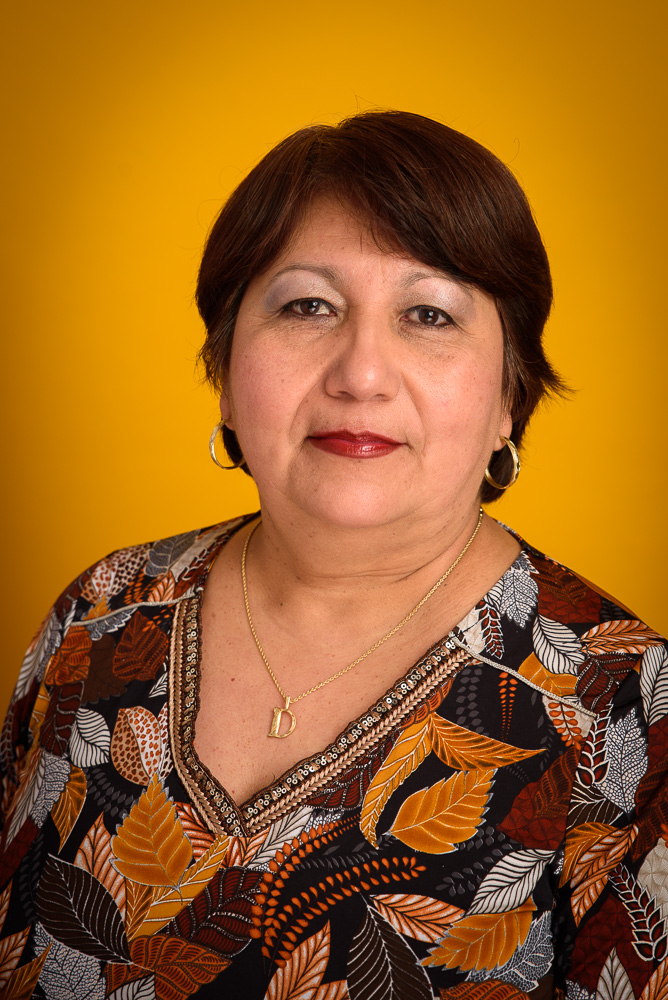 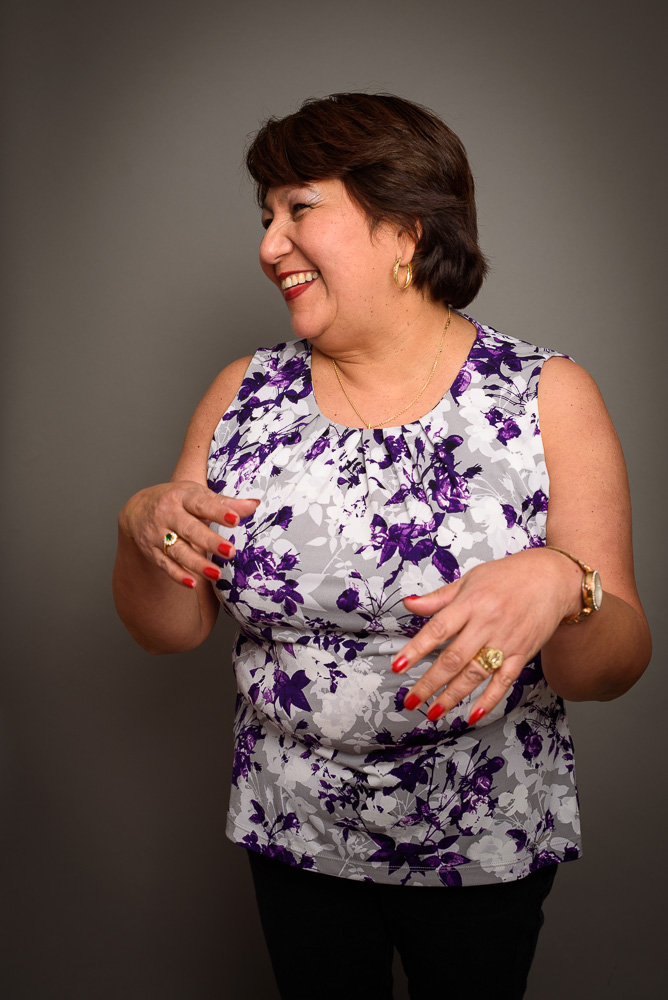