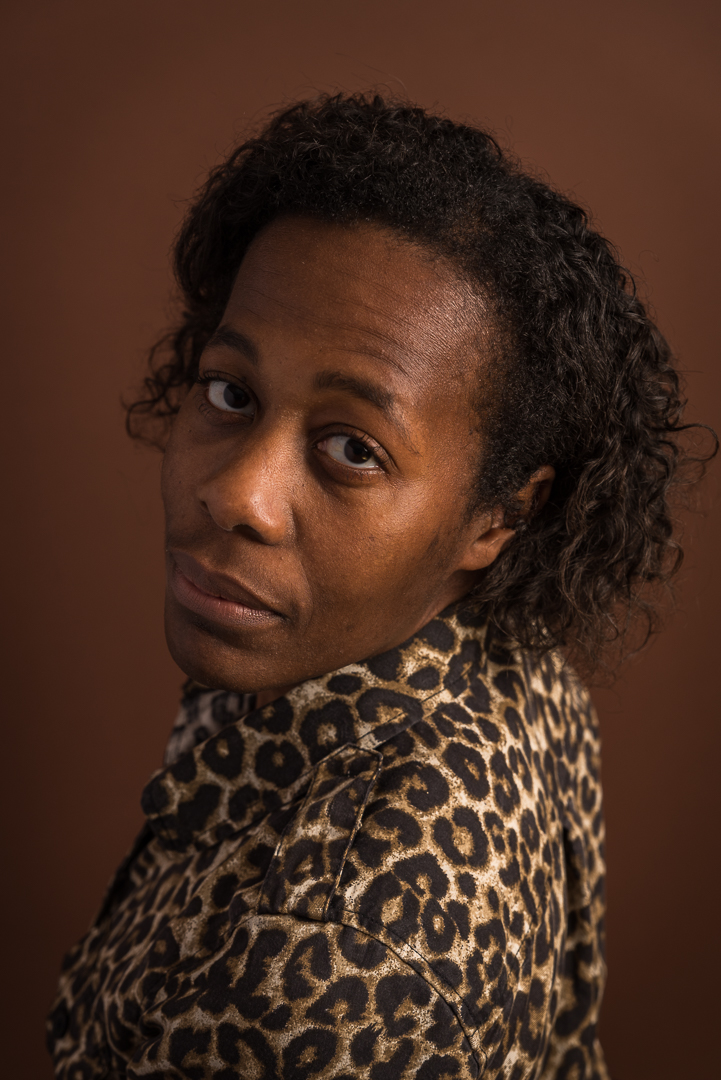 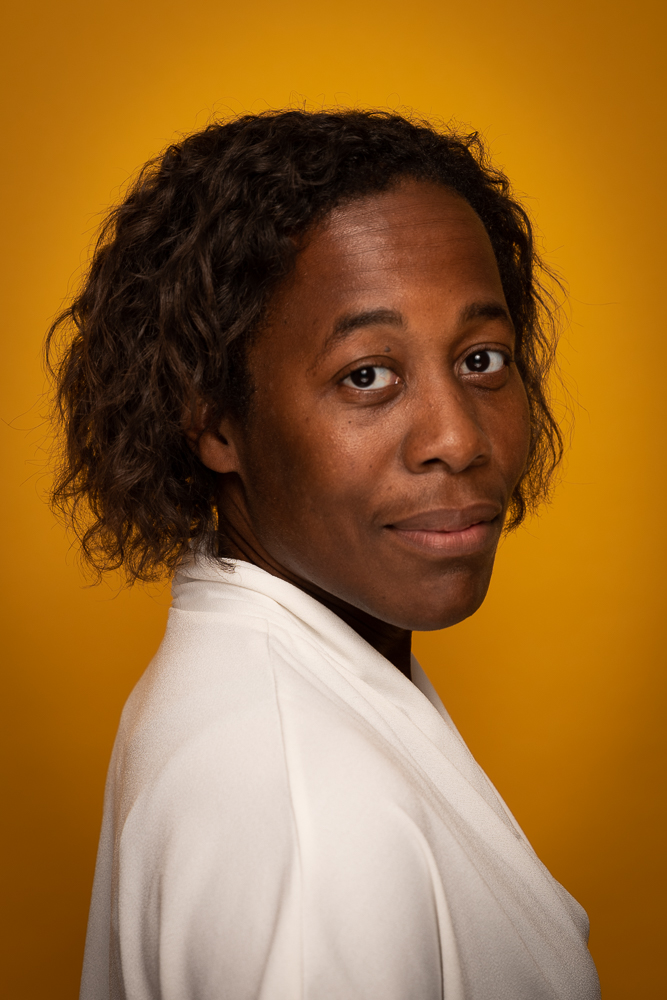 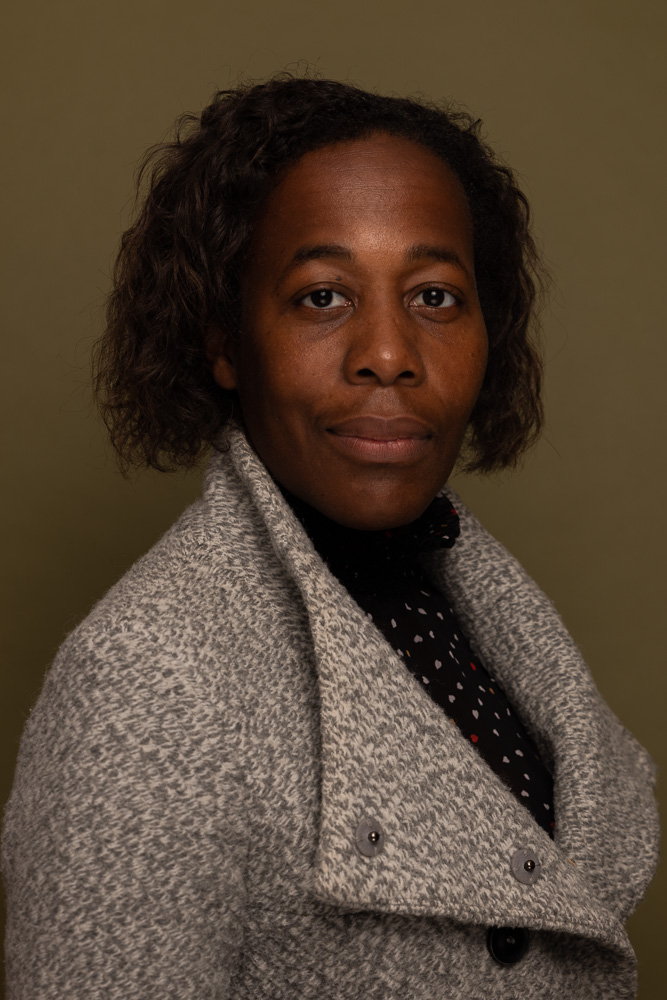 I was born in Monrovia, the capital of Liberia in West Africa. I was adopted when I was 3 months old. Compared to other children, now adults, who have been adopted, I have no memories and know very little about my country of origin. One of the few things I know is that my mother was very young when she had me. She was one of several wives that my biological father had. He wanted a better life for me as extreme poverty was rampant in Liberia. That's why he gave me up for adoption.

I grew up in The Hague, along with my two sisters who were also adopted, one from Austria and the other from Korea. We lived in the “Statenkwartier”, which was not a multicultural neighbourhood, and I attended a school with only "white" people. This never bothered me and I never had any bad experiences.

When I was 10 years old, my parents separated. My mother remarried and a few years later we moved to Bussum because her new husband, whom I consider my father, worked in television. Bussum was also a very "white" environment but I never felt uncomfortable living there either. I fit in perfectly with the “Gooische” way of living, as people in this area are called, and even started playing hockey, something I still do today.

My first brother was born on my 15th birthday and two years later my second. I don't think many people can say they have a little brother born on their birthday! I was a very quiet teenager, and no strange or upsetting things had happened in my life.

After finishing my high school final exams I travelled as an au pair for one year to Geneva in Switzerland. There I lived with a lady who had two children. I only took care of the children and therefore had a lot of free time in the evenings and on weekends. So I was able to take French lessons and had the opportunity to meet a lot of people. I am still in touch with most of them. It was a really special and fantastic experience and I had so much fun. At the same time it was also a big step towards independence.

When I came back from Switzerland I went to live in a student room in Amsterdam and started studying at the Pedagogical Academy for Primary Education (PABO). At the same time I worked for my mother who at that time had her own nursery.

In the summer of 1995 I went on vacation to France with two friends. I never imagined that I would meet my husband Robert there. A holiday engagement that turned into a true love. Robert lived in Utrecht and worked in Nieuwegein. It didn’t take long before we moved in together. By then, I had left my studies and gone to work for a waste disposal company in Amsterdam.

We bought an apartment in Amsterdam Osdorp and in 2003 our eldest son Thijs was born. We were fine where we lived, but at one point, now that Thijs was growing up, we wanted a house with a garden. At first we looked in Amsterdam, but soon discovered that what we wanted was too expensive for us. We also went to Bussum, Hilversum, Utrecht and the surrounding area to have a look. But we couldn't find anything we liked.

Then a colleague of Robert's advised us to go and look at possibilities in Almere. I always said I didn't want to live in Almere, but we went anyway. Finally we found a house that we both liked. We took the step and moved to Almere in 2006. To this day, I haven't regretted that decision for a single moment. We live in the woods but everything is nearby: schools, shops, the centre etc.

Almere is very different from Amsterdam. There are no historical buildings with a long history or personality, but it is a multicultural city. And now that I live here, all the prejudices I had vanished in thin air. Wessel, our second son, was born in 2007 and our happiness in Almere was now complete, hahaha!!

When Wessel entered school in 2011, my father became incurably ill. I stopped working so that I could be there with my parents and help out as much as possible. Fortunately, the fact that I stopped working didn't mean I didn't have anything to do. During that time I started volunteering at the Dutch Refugee Centre. In addition, the children played football three times a week and had to be picked up and dropped off.

Now that my children are growing up and are more independent, I have started to work a little more. I still volunteer with the refugees, but I also work as a confidant at UMC Utrecht Medical Center.  It’s important for me to do things that I like and through which I feel that I can really mean something to people.

People often ask me if I would like to travel to Liberia and look for my biological parents. Strange as it may sound, the answer is "no". I don't feel that need. It may be because I was only 3 months old when I arrived in the Netherlands and therefore have no memory of my home country. However, as soon as the possibility exists, I would very much like to visit the country together with Robert and the boys.

My adoption and the colour of my skin have never been a problem for me or the people around me. I do realize, however, that as the years go by and I grow older, I am increasingly aware of the prejudices that arise from time to time. The trick of success is knowing how to deal with them properly. I think I've handled it pretty well.