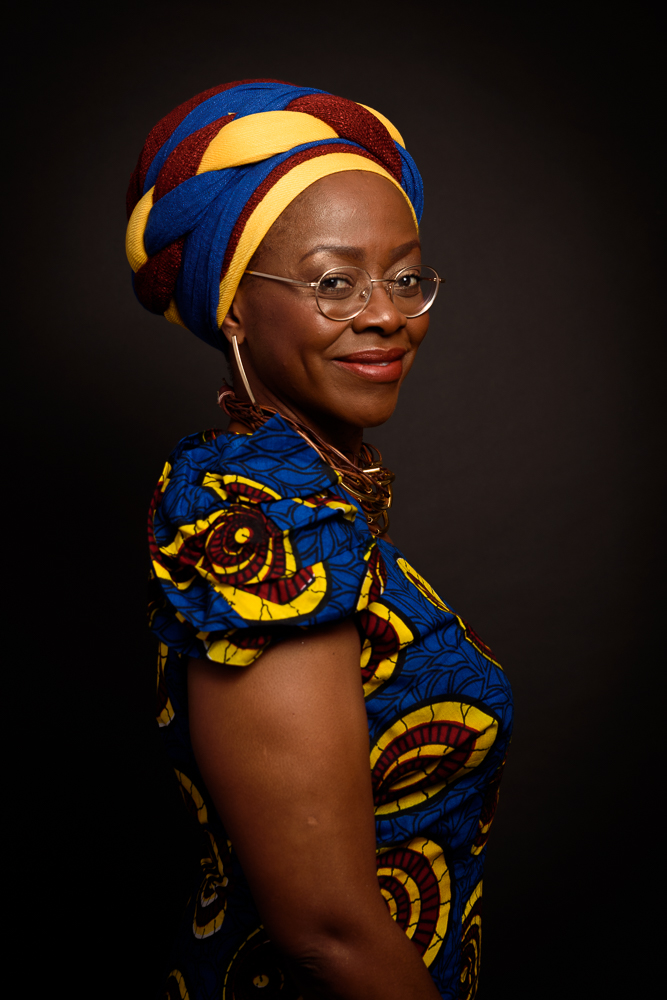 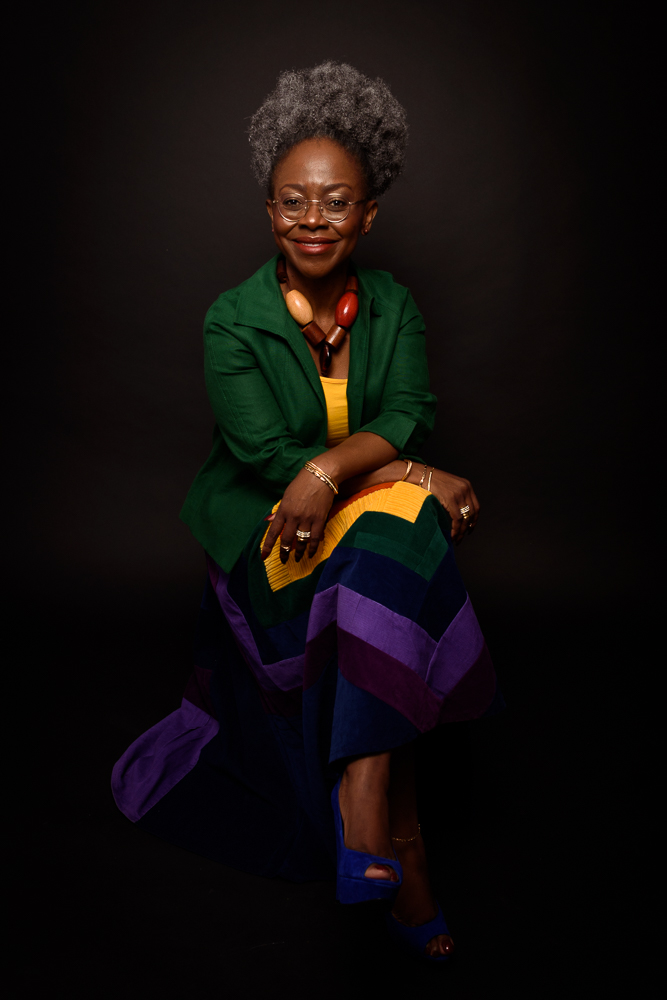 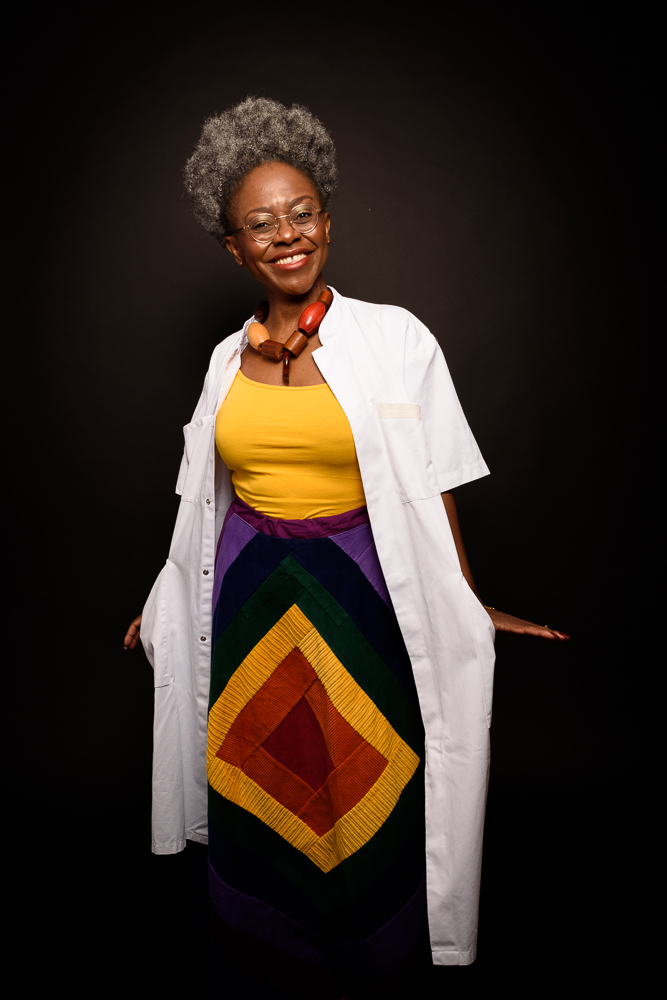 Delphine
“At home, I try to raise my children with the best of both cultures.”

I am delphine Ambe
I was born in Acha Tugi, a village in Bamenda, northwestern province of Cameroon, Central Africa.
I came to the Netherlands in 1992 and to Almere in 1998. I live in Kruidenwijk.
This is my story

I come from a colorful county located in Central Africa. I was born in 1972 in Acha Tugi which is a village in Bamenda, Northwest province of Cameroon, with a population of above 27.7M and a surface area eleven times bigger than the Netherlands. The spoken languages are French and English and there are more than 200 dialects. I speak English, French, and Bafut, the dialect from my father’s village.

I come from a big family of eight children, five girls and three boys and I am the sixth in line. We grew up mostly in the French-speaking part of Cameroon, in Yaounde, the capital. I attended an all-girl Christian secondary school (Our Lady of Lourdes secondary school) in Bamenda. It was a boarding school going home just for the holidays. I had a very beautiful childhood with strict and very loving parents. During the holidays we would work on the farm where we grew different crops. Something very different from the city. We lived off the land where we harvested wild fruits, saw all different types of snakes, and just lived a carefree life.

After graduating from secondary school at the age of 16, I moved back home. I attended a government bilingual high school where I majored in Biology, Chemistry, and Mathematics. After two years at 18, I graduated with a GCE Advanced level certificate (in Holland VWO).

I knew already from a very young age I wanted to be a medical doctor so after high school I tried to get admission to the University of Yaoundé but was not successful. I stayed home thinking of a possible way forward. After half a year and not getting anywhere or making any decisions I got an ultimatum from my parents to decide what I wanted to do and get back to school or would have to go to America to stay with my sister and further my education. Studying abroad was very important for my parents, their reasoning being “your degree is valuable everywhere in the world”.  I wanted after high school to find my own way so the idea of going to America and having my sister as a second mother was not very appealing.

My move to the Netherlands was quicker than I had anticipated. How I chose the Netherlands is a funny story. My dad had given me a globe as a gift. I agreed with myself that I would spin the globe, close my eyes, and wherever my finger landed that would be where I would go. My finger landed in The Netherlands and 3 weeks later I had a visa. I informed my parents about my plans, and they gave me their blessing. My father told me “I know you have a good head on your shoulders and when you get there you will make the right choices and build a good future for yourself.” He gave me 600 guilders (about 272 euros) and sent me off. In April 1992 I landed at Schipol airport. I was 19 years old.

The first thing that hit me was the cold weather and the fact that people spoke very strange English. I thought I would freeze to death when according to Dutch people it was not cold at all. Also I was amazed at the fact that there is no blatant corruption. Here if you work hard you will earn your spot in society. Now, 29 years later some things still baffle me every time; one, that Dutch people will invite you somewhere and at the end you split the bill and two, that here it is okay to call your parents by name and to talk back rudely to them. In Cameroon your parents will skin you alive before you even tried any of this ha-ha-ha.

When I just arrived in Holland, I lived with an acquaintance in The Hague while I tried to gain admission to the university to study medicine. After quite a bit of effort, I was admitted to study Medical biology at the University of Amsterdam. It was not my dream study but I needed to obtain a student residence permit so I adjusted my plans and settled for medical biology.

I got a job as a babysitter during the day and studied Dutch at night. I chose not to speak English or French, watched only Dutch TV shows and went everywhere with my dictionary.

I moved to Amsterdam in the summer of 1993 and started studying Medical biology while working to pay my way through school. I squatted to save money on rent. After 3 years of studying, I completely lost interest and could not do it anymore, medicine kept calling.

So I decided to switch to medicine also at the University of Amsterdam and got from the faculty one year to get my physics diploma. I pushed myself to the limit and it paid off. In 1996 I had my physics diploma. That same year I met the father of my children on the train living together for a short time in de Jordaan in Amsterdam until we decided that Almere was a better place to raise our children.

In 1998 when I was pregnant with my son we bought a house in Almere Parkwijk. Everything we needed was around it. Almere was family, green and buying a house was cheaper than in Amsterdam. I quickly loved the peace of this city and coming from work was a very pleasant enjoyable feeling. However, it was a different experience when sometimes at the school playground, other mothers would criticize my decision to work full time and raise at the same time 4 young children. What they did not know was that they were well cared for by a dear Jamaican babysitter who is for them their second grandmother.

In 2013 I graduated as a psychiatrist and chose to work at the Flevoziekenhuis close to home. It has been quite a journey and I am grateful that God carried me through it all.

Every bit of me feels African at home as at work where I make a point to educate my colleagues on intercultural psychiatry by doing consultations for African patients in their care. The nicest compliment about my colorful dressing is when at the oncology ward, the patients say: “finally some color in this gray ward, your colors are refreshing”.

At home, I tried to raise my children with the best of both cultures. The African way is respect for your eldest, as our food and clothing. Dutch by more respect for your environment, being open-minded to other people's opinions, and participating in the political process.

Although I work full time, I make time for my family and my hobbies. I love to cook, design, and sew, crochet, knit as well as working with leather.  I own a webshop of my creations.

My motto in life is “work hard, be humble, have faith and God will be right next to you to carry you on”. This is also what I try to pass on to my children.

Like we would say in my father’s dialect “miyah”, thank you. 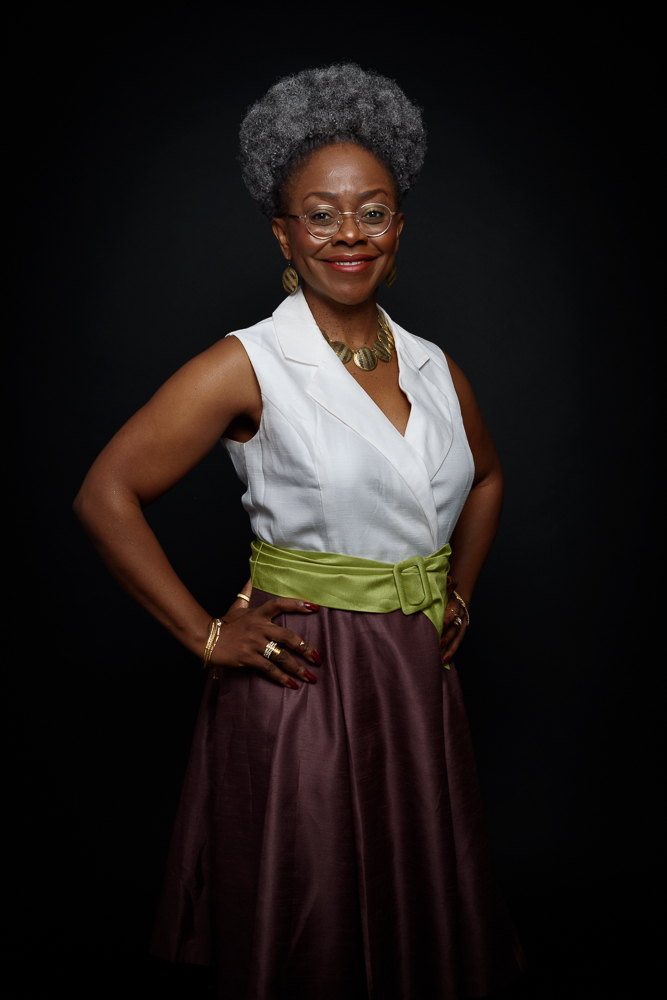 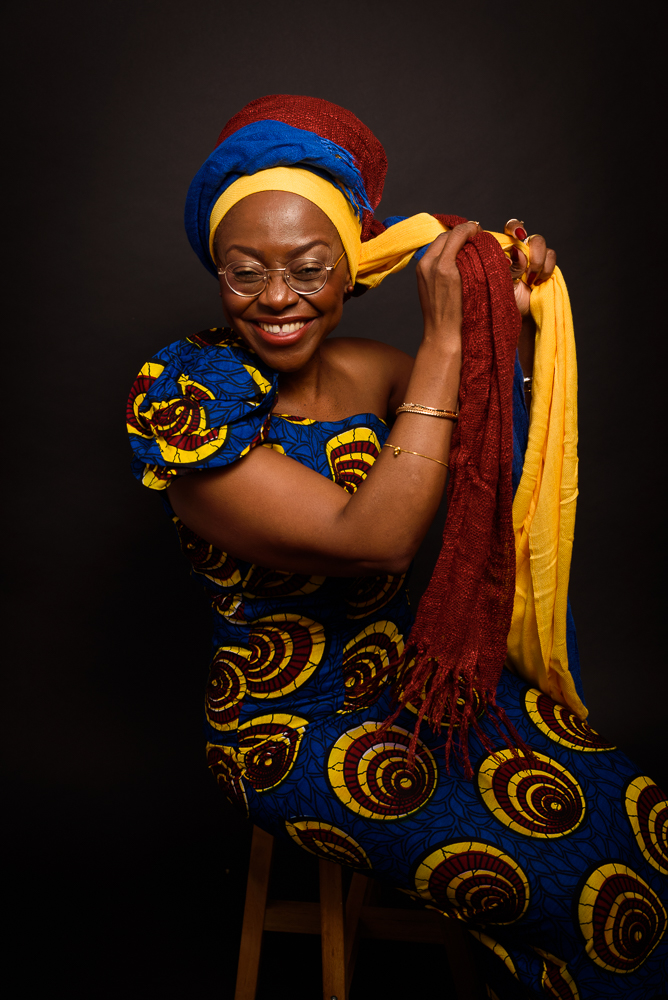 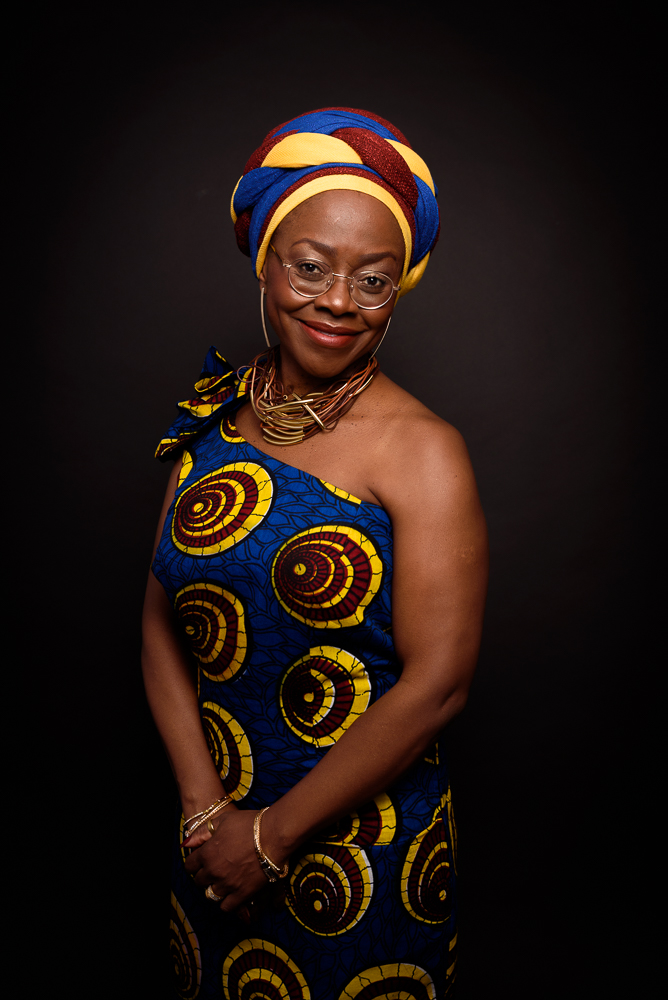