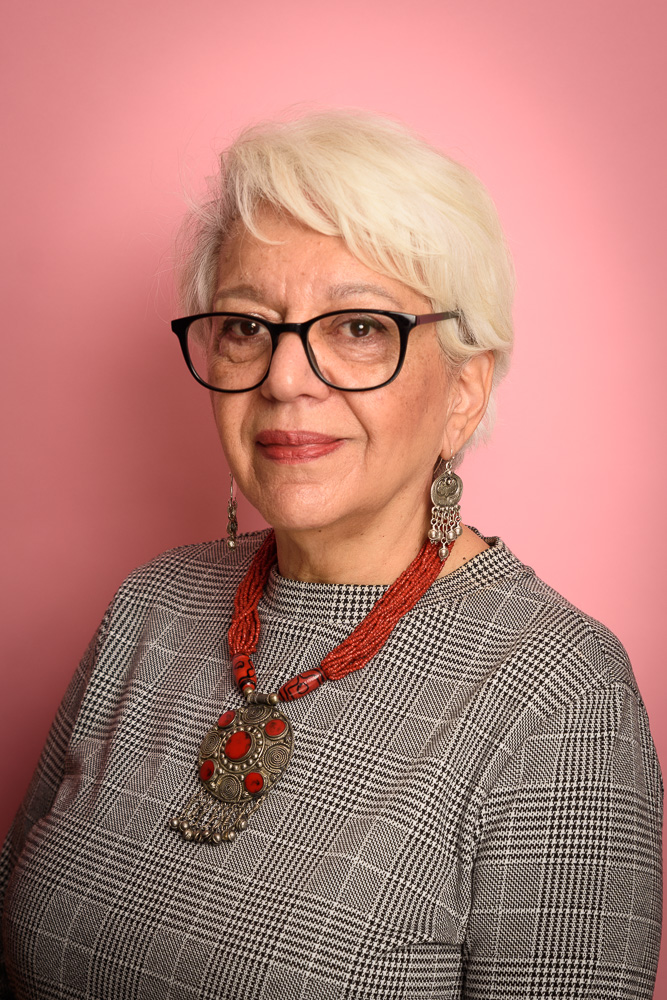 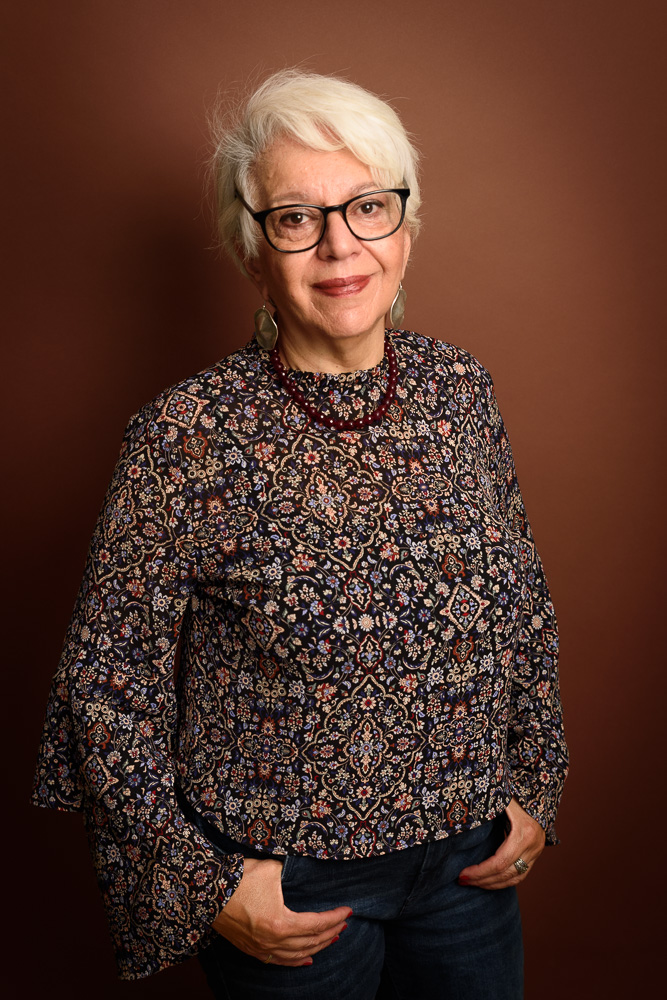 Anoushka
“At my age and with my life experiences, I feel like a strong woman who has struggled to find a place in this society in which I already feel integrated”

My country is as small as the Netherlands and has a mountainous landscape with very beautiful nature where all kinds of delicious fruits and vegetables grow. Armenians are open, hospitable, and warm people. We have a very old and rich culture with a very old and unique alphabet consisting of 39 letters. Armenia is the first Christian country in the world, as early as 301.

I was the only daughter of my parents, who were very educated and loving. In my childhood and school days, I stayed with my grandparents in whose house there were always visitors. My grandmother had a large casserole of food for the family, guests, and non-guests. My favorite dish was "Tolma", which is minced meat with rice with certain kinds of spices rolled in white cabbage or grape leaves. It is served with a thick yogurt and garlic sauce.

Every week I went with my parents to various museums, exhibitions, and concert halls where I learned about ancient and modern Armenian, Russian and European culture. I was still small when my mother realized that I had musical ability and bought me a piano, so I took lessons at the music school after my regular classes.

I also liked writing stories and thought about studying journalism, but after high school, I decided to follow my passion for music by studying at the conservatory. At the end of my studies, I started working as a piano teacher and accompanying vocalists, cellists, violinists, etc. During that period, I met and married my husband and had two children.  I stopped working to take care of them. I returned to work thanks to my mother and the childcare workers who took care of them.

I also saw my children's musical and artistic talent and we encouraged them to develop their skills.  They took various art and music classes, such as violin, sculpture, and painting. When they were about 13 years old, in 1993, we had to leave the country because of the dangerous situation in Armenia.

So we came to the Netherlands as political asylum seekers. We stayed in different places until, three years after our arrival in the Netherlands, we had our first house in a small village in Zeeland, where there was only one supermarket and no buses ran after 5 pm.

I remember being amazed to see the children riding bicycles from an early age as if they were born with them. We were the only foreigners in town and people were very friendly to us. However, it was still very difficult for us to leave our country, culture, customs, food, family, and friends.  Now that I had my residence permit and papers, my first priority was to learn the native language and I went to ROC. My children learned it quickly.

When my children grew up and left to study in Amsterdam, my husband and I were left alone and very sad without them. Homesickness enveloped me and thanks to some acquaintances who proposed we buy a piano I was able to get involved in what I loved and was passionate about.