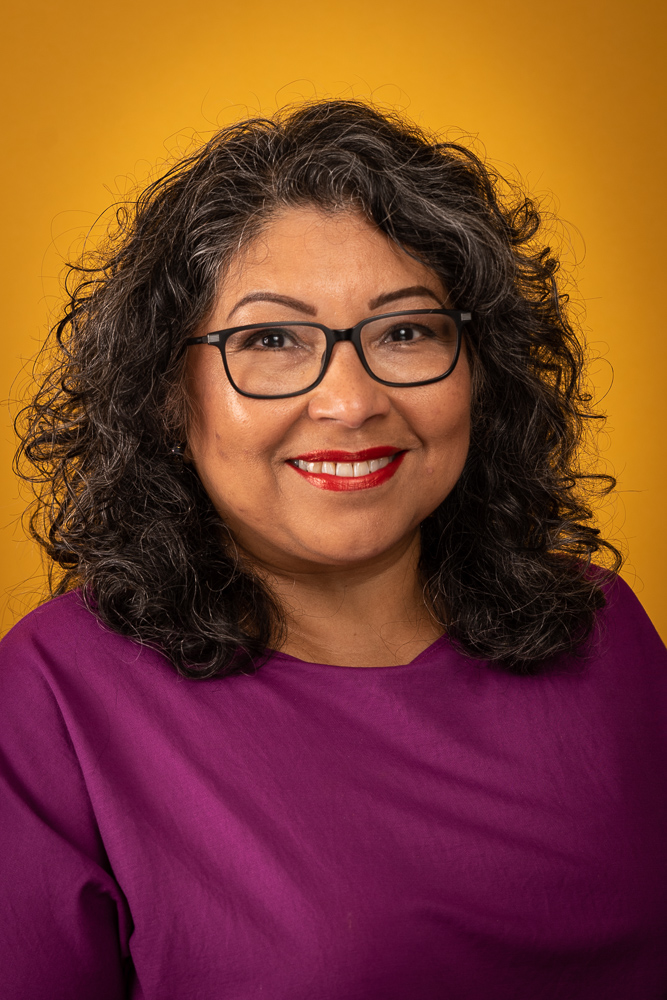 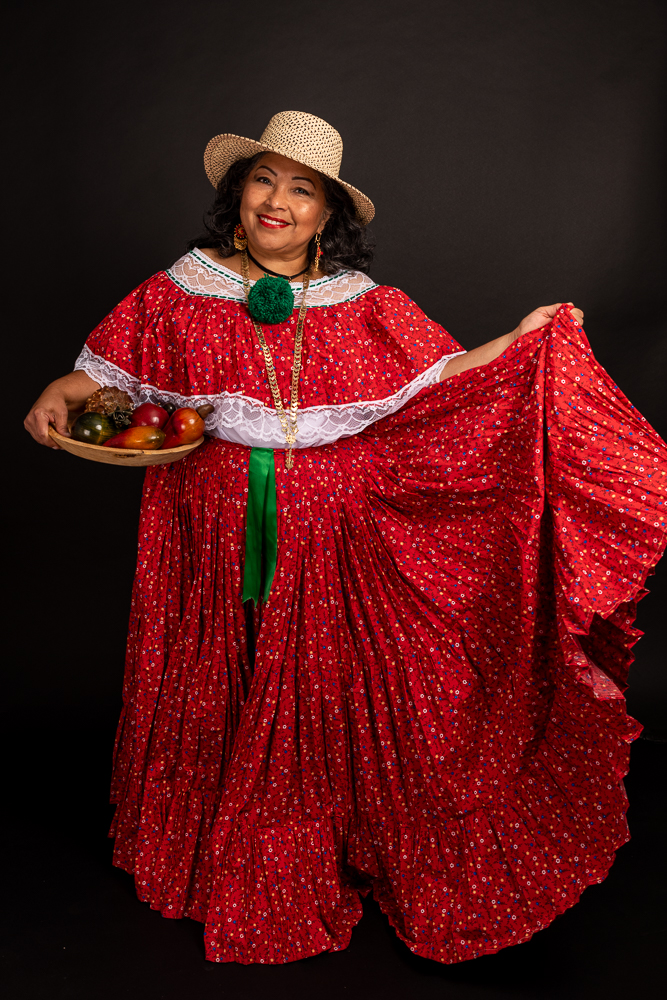 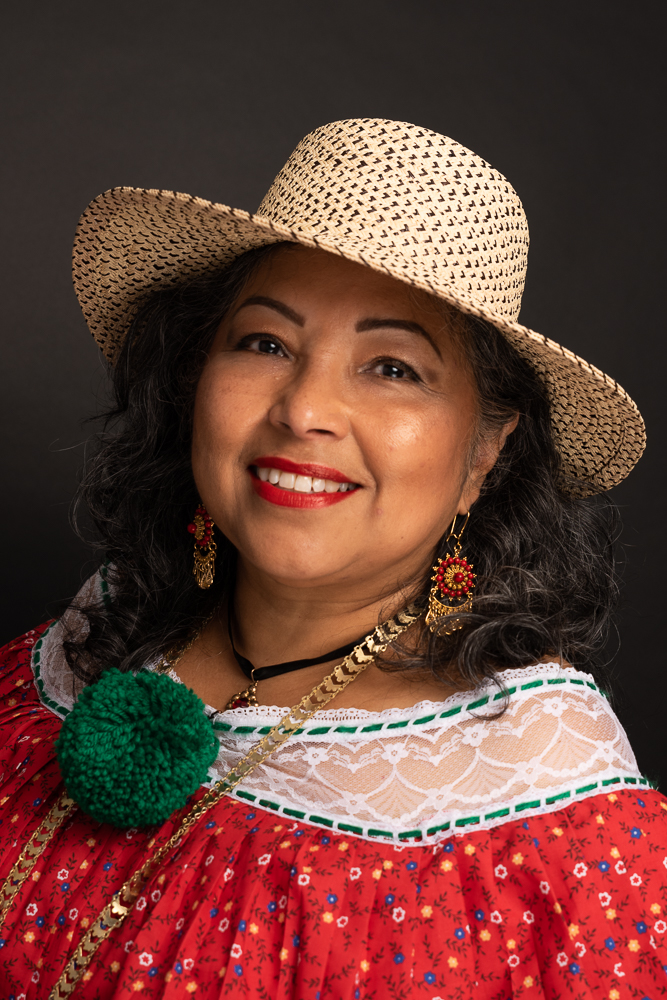 Sergia
“I think that all Latinos have a hard time learning Dutch, but it is not impossible to learn it”

I have always liked dancing so after finishing my high school education in commerce with a specialization in accounting, I joined the National Folkloric Ensemble of Panama of the National Institute of Culture, now the Ministry of Culture. Since its foundation in 1974, it has been an essential part of the expression and transmission of our cultural heritage through dance, music, gastronomy, art and theater. Panama has a flavorful and varied folklore, music and tradition resulting from the fusion of diverse cultures that have melted together in Panama throughout history.

My name is Sergia, but everyone calls me "Mito". I live in Almere and I love this city, but my roots are in Panama and I have lived a great part of my life in the capital. Many people know or have heard of my country, only because of the "Panama Canal", however it is much more than that. Panama’s natural wealth, it’s variety of crops and happy and friendly people who love dancing and music is striking. For example, "El Tamborito", which is internationally recognized as the most popular expression of Panamanian folklore. It is a genre of Panamanian folkloric music and dance backed by clapping and drums. People just sing and dance tamborito in the streets.

The "Pollera Panameña", our typical national dress, is another example of our culture. I was proud to wear it when I represented my country internationally when I was younger and part of the Folkloric Ensemble. La Pollera", consists of a combination of a colourful blouse and skirt with jewelry decorations. According to our folklorists, it evolved from the Spanish dresses brought to our country that were adapted to the climate and environment, inspired by the fauna, flora, religion and daily life.

When I was working for the Center of Latin American Studies CELA "Justo Arosemana" I met a Dutch boy who had come to Panama to do a traineeship. After dating for a while, we fell in love and we decided to live together. So, in December 1993, I left the Panamanian tropics for a country where the cold weather was awaiting me. That month-long trip allowed me to get to know a little bit of the world where that blond boy came from with whom I am still sharing my life. I returned to Panama, worked for UNICEF for a while, until in the summer of 1995 the time came to migrate to the Netherlands, where I came to live in an apartment in Amsterdam.

One of the biggest challenges was to learn the Dutch language which was very difficult to understand. No matter how hard I tried, I couldn't find any words that I could recognize. I think that all Latinos have a hard time learning this language, but it is not impossible to learn it. From the start I tried to adapt to this society so different from my own. Through a friend I came in contact with "Casa Migrante", a Catholic foundation that welcomes and helps Latin American immigrants without distinction of religion. I started my volunteer work with the editorial team of the newsletter El Hispanohablante (The Spanish Speaker), which was distributed once a month, during mass in the St. Nicholas church in Amsterdam.

In 1999 I moved with my husband and daughter from Amsterdam to Almere to a house in the neighborhood "Waterwijk Oost", where we still live. The reason we moved to this city was the housing facilities. In Almere we could afford a house with a garden at a good price, unlike Amsterdam which is a city where housing is more expensive, and next to that it is very congested. Here everything is much more peaceful and there is much more space, green areas and security. Close to my house there is a forest "Bos der Onverzettelijken" and the Noorderplassen with its beach, which is one of my favorite spots.

The first impression I had when I arrived in this town was of "emptiness". The center was very small and there was nothing much going on. Now it is a very modern big city, with all kinds of stores and modern buildings. I can get all sorts of tropical fruits and products from all corners of the world making it easy for me to cook all my typical Panamanian dishes. I am amazed at how the population has increased by leaps and bounds and how many houses and buildings have been built.

In general, I like this city very much, however, I think they could improve the central train station by facilitating services for people with disabilities or mobility problems. There are only 2 elevators and 2 escalators to go up to the platform, these are small and narrow and not large enough for the number of people that pass through during rush hour. The station is already too small for this big city.

I remember that when I came to live in Almere there was a group of Hispanics who organized Latino parties and activities. There I met many people of different nationalities, including the group of Salvadorans, who are the Latino pioneers of this city. I joined the group and we called it "Hispanics in Almere". After several years and at the request of Casa Migrante, a first meeting was organized at my house, and the plan was conceived to organize Catholic masses in the Spanish language. We looked for a place in Almere Buiten to hold them, and thus the "Catholic Spanish-speaking Community of Almere" was born for which I ran the treasury for many years. After mass we would have coffee, so that became the place where the Hispanic community started to socialize.

I consider myself a happy and dynamic person, at home I cultivate and cherish my Latin activities and traditions. I am proud to be Panamanian, to live in The Netherlands and I consider myself integrated to this multicultural society. My motto is "Enjoy the simple things, which is the greatest wealth that life can give you". 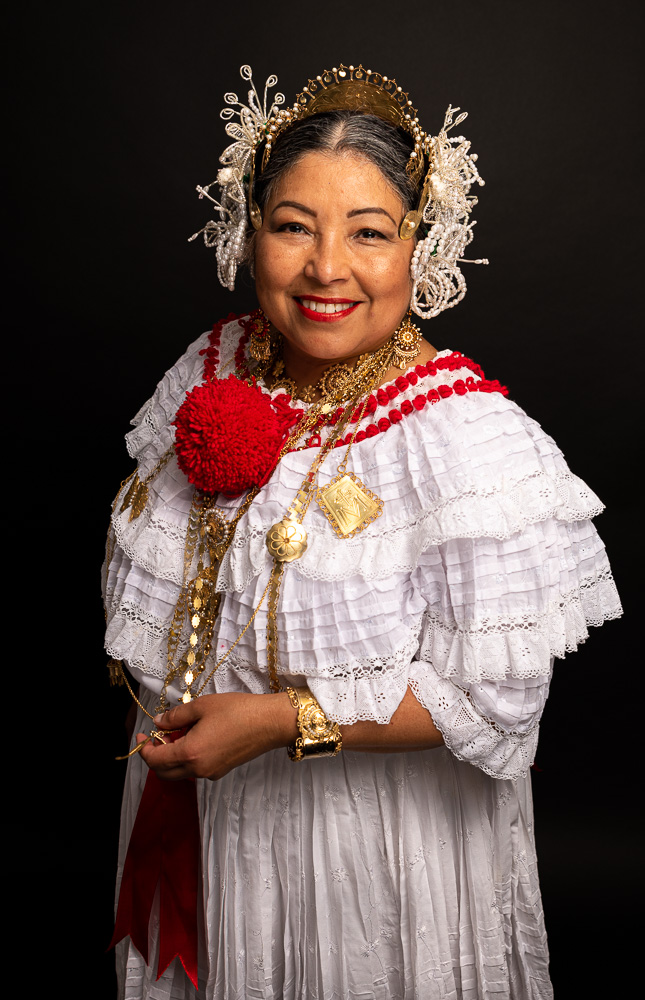 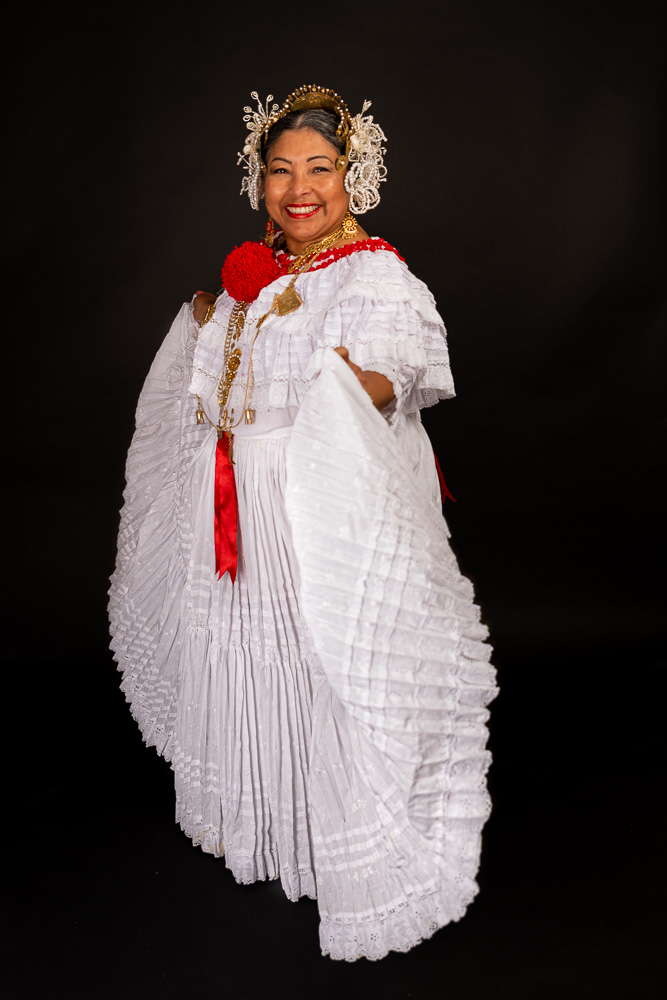