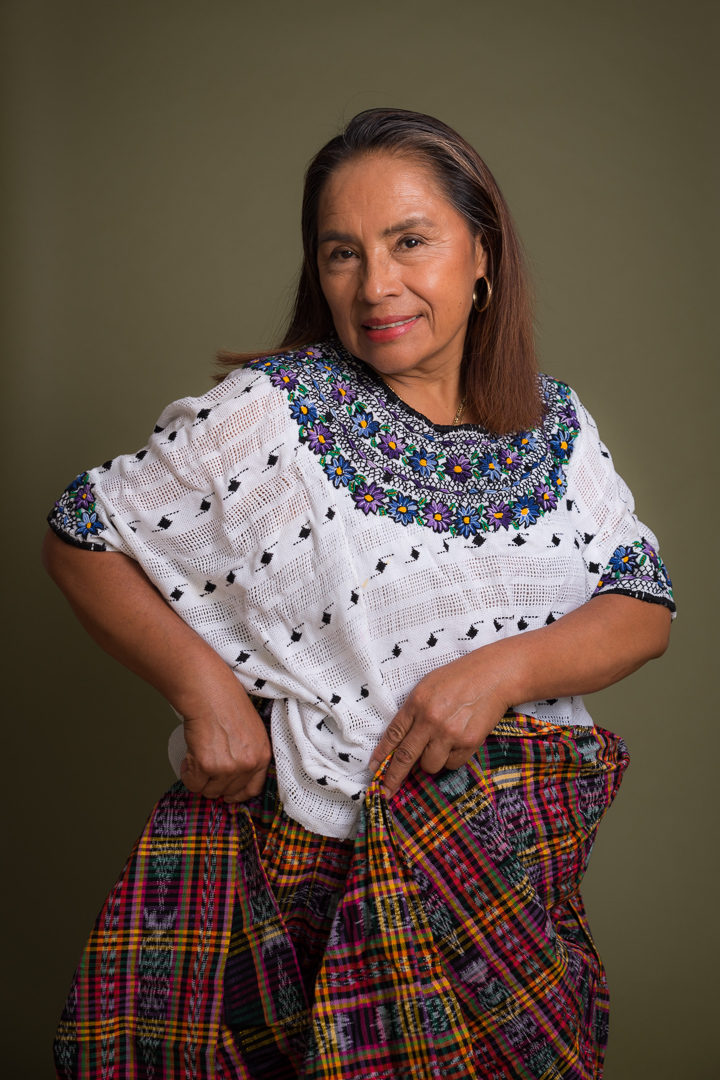 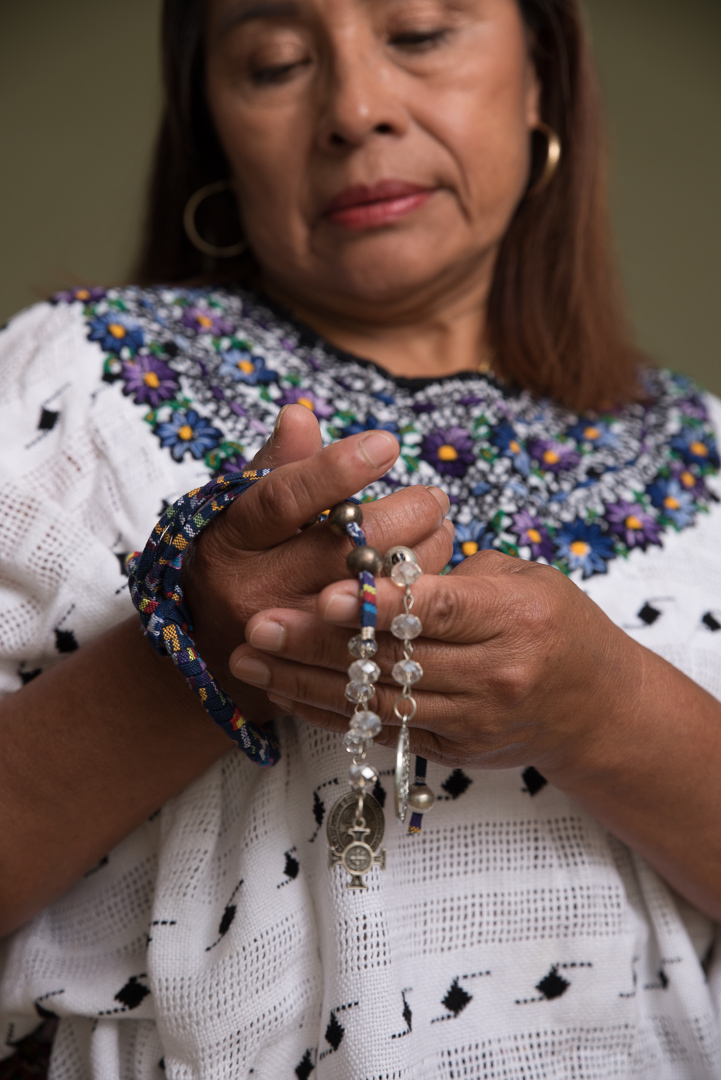 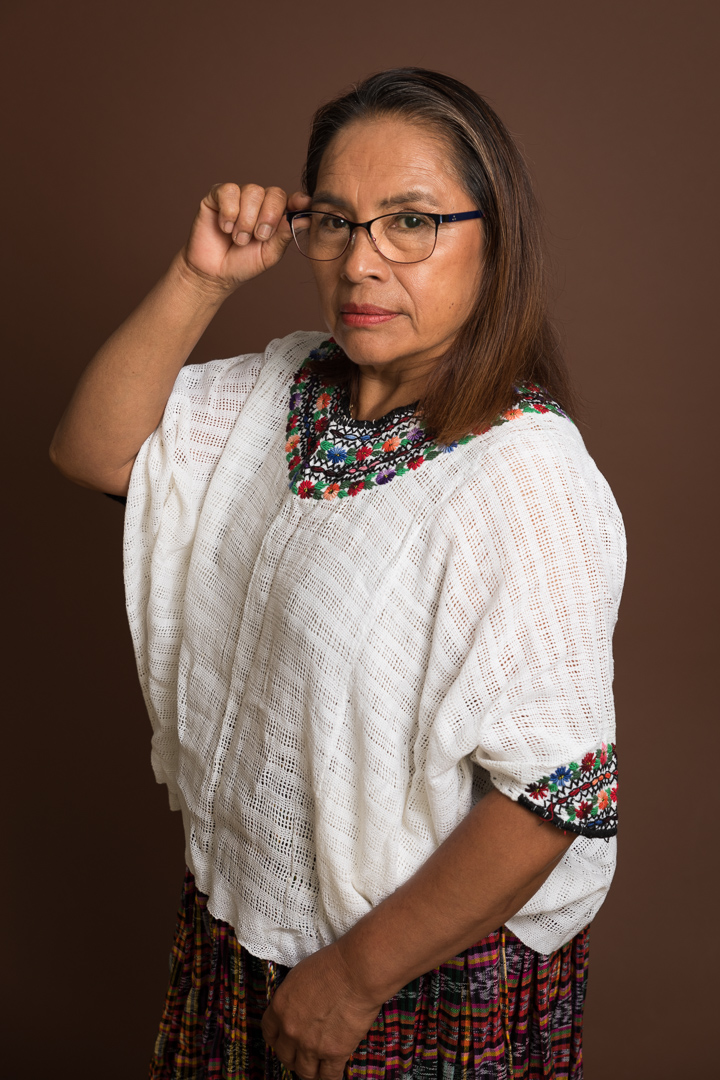 I was born in 1953, in the village El Corozo in the department of Izabal, in north-east Guatemala. My parents descend from the Mayan Q'eqchi people and I am the eldest of two daughters. My last name "Choc" means "clouds" in Q'eqchi and my mother's last name "Mes" means "broom".

Due to a custom that unfortunately still prevails, at the age of nine, my mother ran away from home because her family intended to marry her off to a much older man. She started working as a “montera” or woodcutter of the Chicozapote tree.  Her work consisted of making incisions in the bark of the tree, in order to open channels through which the sap ran that was collected for the raw material to make gum. When she was older she met and married my father who was also of Q'eqchi' indigenous descent. We lived in the village "El Corozo" with my paternal family, and that is where I spent my childhood and adolescence. Ever since I was a child, I had to work, as my family was very poor and my mother suffered an accident that prevented her from working.

It is tradition in my country, Guatemala, to wear the costume of your place of origin, wherever one lives. That is why in Izabal we continued to wear the Coban costume. I wore it until I was 18 years old. I stopped wearing it because I suffered a lot from discrimination. Not only because I wore the indigenous dress, but also because of my indigenous surnames. I remember how the children at school didn't want to play or hang out with me because I was an "indígena" as they used to call me. Therefore, when I was older, I decided never again to wear my typical dress in public so that I would have better job opportunities.

I started working for a Dutch family taking care of their three children. The father was captain on a ship. He had his own company and was married to a Guatemalan woman. One day a Dutch family friend named Adriaan came to visit them. He was working as an engineer on a European ship that was docked in the port. We fell in love and I joined him to work on the ship as a kitchen assistant. I did this for a year and a half until we both moved to the Netherlands in 1975. I came to live in an apartment in Amsterdam with Adriaan and our children.

In 1981, we moved to the city of Almere, to the "Arnhemplein" in Stedenwijk Midden.  I was very happy because the house was big, and it had a garden where my four children could play. At that time, there was nothing in the neighbourhood but sand and a football pitch for the kids to play. There were no shops, nor trains in Almere Centrum yet, so we had to shop in Almere Haven, where the only grocery store was a very expensive mobile store. Work opportunities were scarce for women with small children and for those of us who did not speak Dutch well, it was twice as difficult. There were no integration- or Dutch language courses. I only spoke Spanish, and Q'eqchi, and the little Dutch I had learned in Amsterdam.

As we already had four children and a mortgage, my husband's salary was not enough. So I was glad to be able to contribute financially to the household when I found a job as a packer at a German factory called BDF in Almere Buiten. I worked there for 23 years, until they closed it down in 2006. Thanks to the compensation I received when the factory closed down, I was able to take care of my husband full time, when my husband, Adriaan, got cancer, until he died in 2012.

We liked cycling long distances and, in 2003, Adriaan and I cycled the 900 km Pilgrimage route to Santiago de Compostela, in Spain. In 2007, we did an even longer pilgrimage route of 2,200 km which took us eight weeks.  Since his death, I have been cycling short routes in the Netherlands, but thanks to a friend who managed to convince me, in 2018, I cycled from the Netherlands to Paris. My dream for 2020 is to cycle again the same route I did with Adriaan to Santiago de Compostela.

Currently I sing in two choirs. We sing classical and religious music. And I work in a nursing home in the city of Baarn, where I hope to continue working until I retire. I am happy in Almere and I thank God for giving me the opportunity to live here. 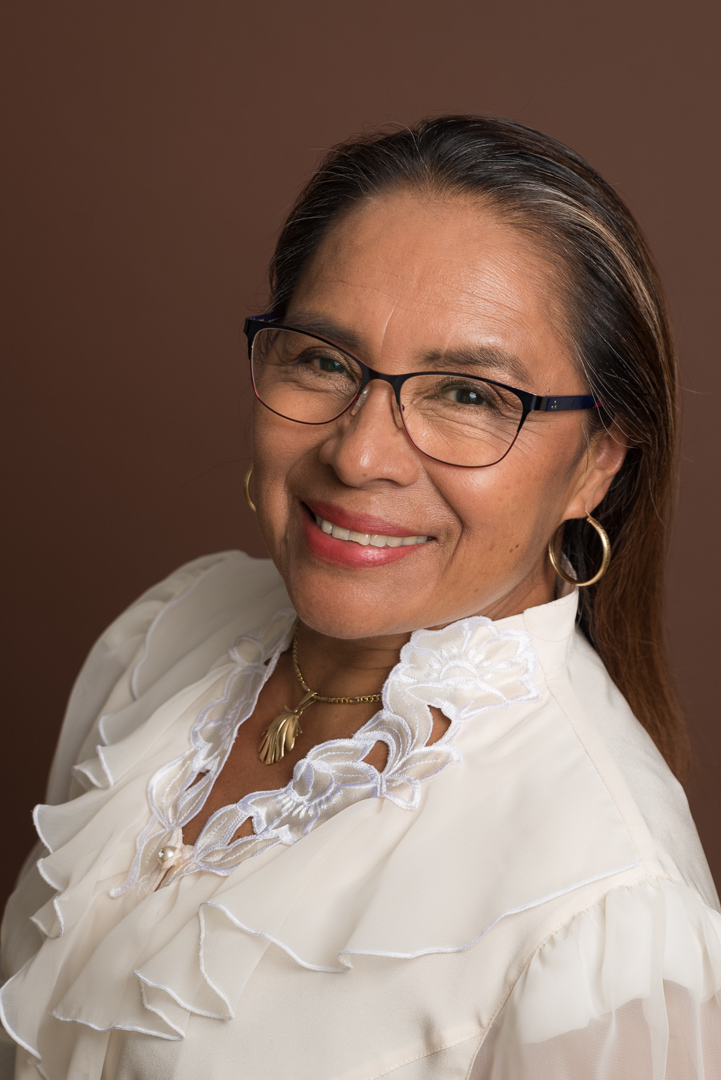 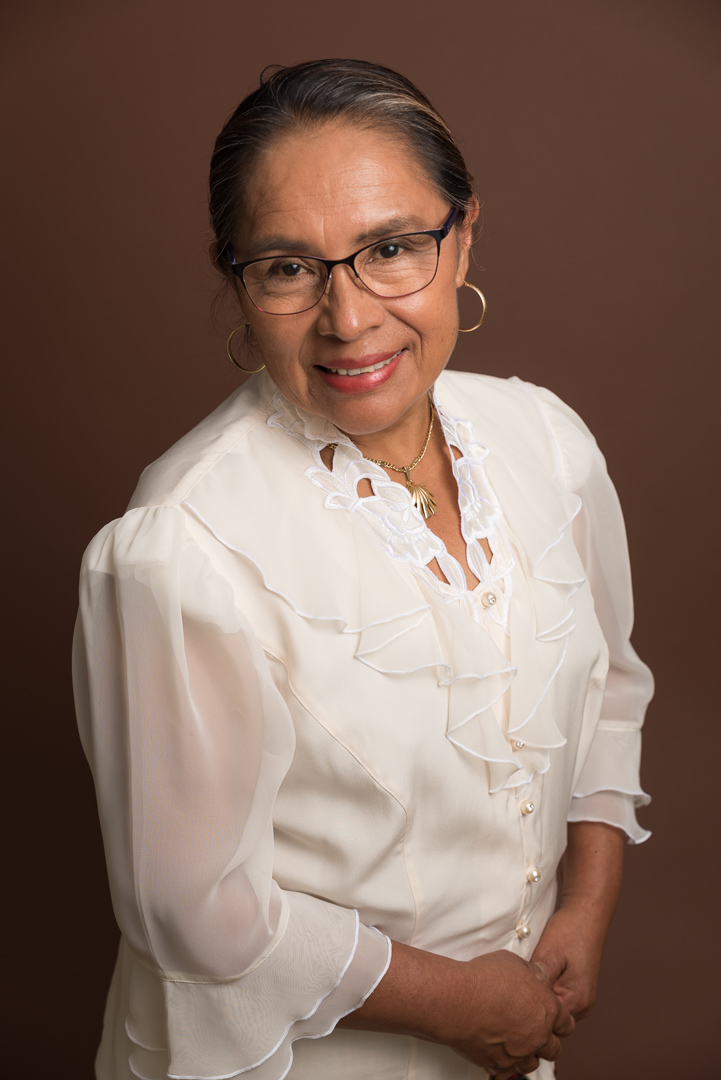 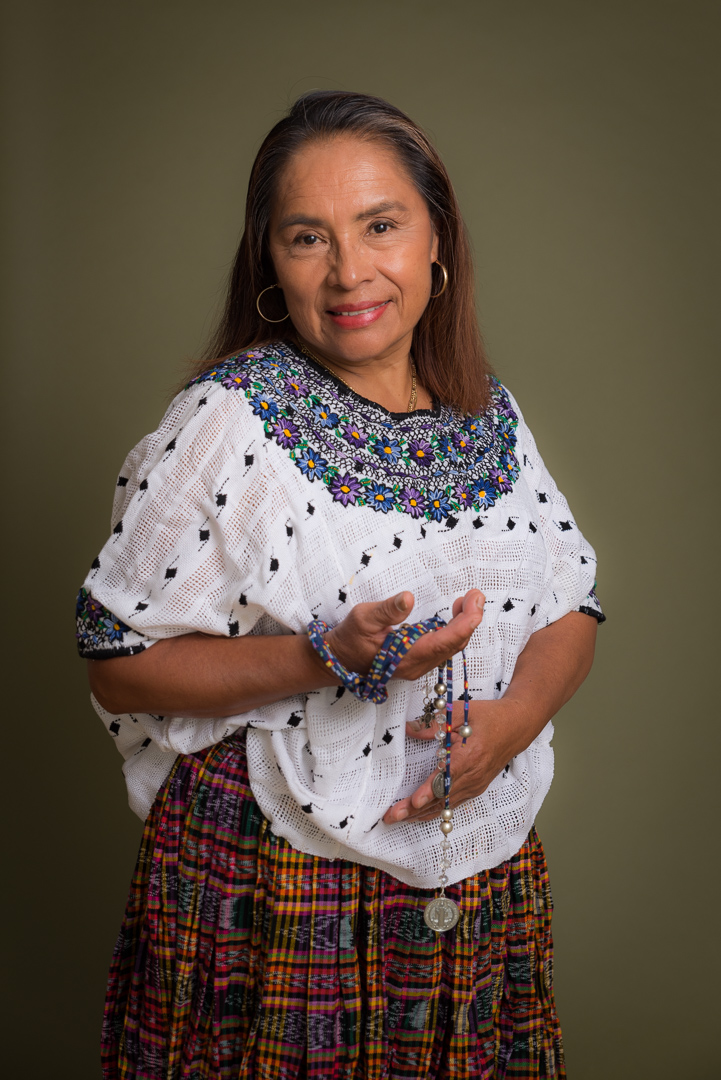